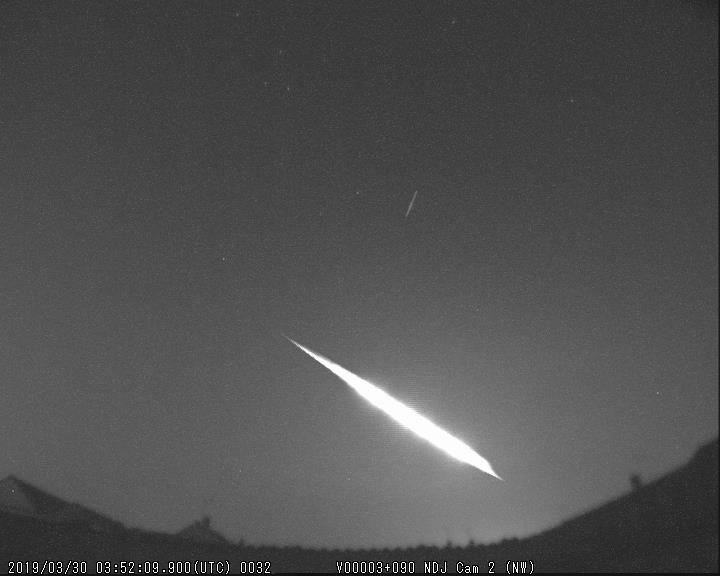 A bright fragmenting fireball was picked up by multiple cameras of the BAA/NEMETODE/UKMON video networks at 03:52 GMT on Saturday morning, March 30. Triangulation based on videos from Nick James (Essex), William Stewart (Cheshire) and Jim Rowe (London) showed that the object burned up high over the English Midlands. William’s cameras also recorded a spectrum of the object which can be used to determine its composition. The video cameras are operated by the NEMETODE and UKMON networks and they enable automated monitoring of the night sky for meteors and fireballs with the objective of computing meteoroid orbits. Analysis of these videos by William Stewart provides estimates for the meteoroid size (3 – 6 cm in diameter) and mass (200 – 350g) before it hit our atmosphere at a speed of 26 km/s. The fireball was also recorded by Ray Taylor in Yorkshire and Mary Mcintyre. Here is the video from Chelmsford. It shows the complete path including the final fragmentation. 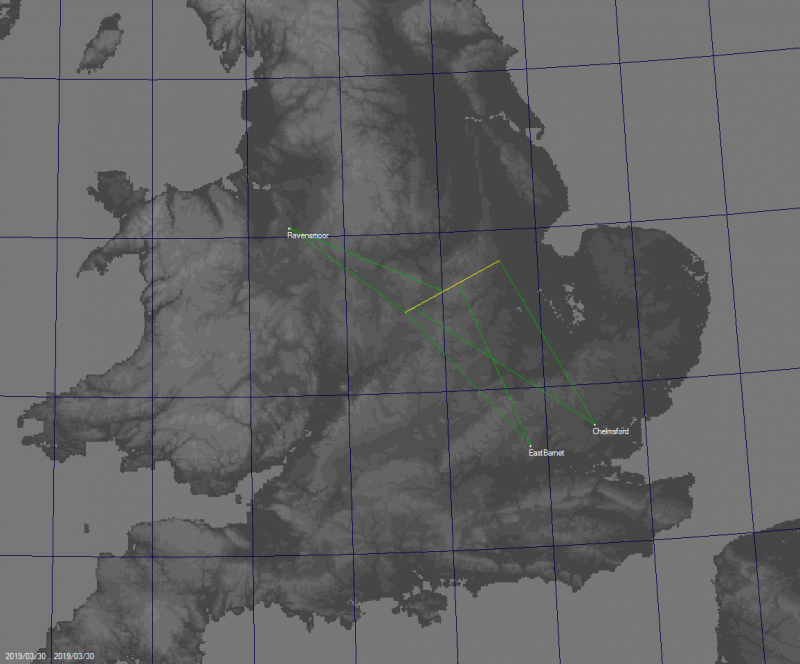 The object is also significant since it was the first fireball detected by multiple stations of the SCAMP/FRIPON/UKMON all-sky cameras. These cameras are designed to detect bright objects which could lead to meteorite falls – see www.scamp.org.uk. Hopes are high that this network will lead to the recovery of a meteorite fall somewhere in the British Isles in the near future. The Natural History Museum’s UKFall initiative (www.ukfall.org.uk) has been set up to lead recovery efforts based on camera data.

If anyone observed or imaged this event or is interested in taking part in the meteor video networks please contact the Meteor Section director using the contact form.