A PDF version of this news story is available here. Information is also available on pages 10-11 of the 2015 BAA Handbook.

The first total eclipse of the Sun to be visible in Northern Europe since that of 11 August 1999 will take place on 20 March 2015. 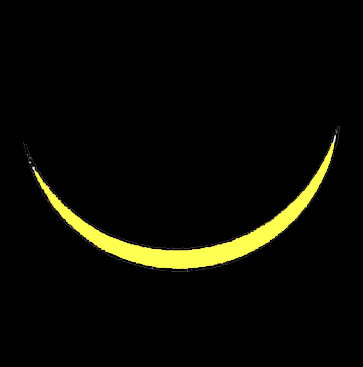 Total eclipses occur when the Sun, the Moon and the Earth are exactly lined up, so that the Moon’s shadow reaches the surface of the Earth. However, the main cone of shadow (the umbra) is only just long enough to do this, and totality can be witnessed from only a very restricted area of the Earth`s surface as the Moon’s shadow sweeps along a narrow corridor known as the path of totality. To either side of this track only a partial eclipse will be seen.

On 20 March 2015, the narrow track of totality passes between Iceland and the Outer Hebrides, so nowhere in the British Isles will witness totality itself, but a very significant partial eclipse will be seen right across the region, ranging from a maximum 85 percent obscuration in the south-east of England to over 97 per cent in the far north and north-west of Scotland; with the whole event lasting well over two hours. Indeed, an obvious partial eclipse will be visible from every country in Europe and the partial phase will also be seen from places as widely spread as Newfoundland, North Africa and north-western Asia.

Given a maximum eclipse obscuration of 98 per cent visible from the Outer Hebrides and the Shetland Islands, this will be the largest partial eclipse to be visible from anywhere in the British Isles since 11 August 1999. Note that the term eclipse obscuration is the fraction (or percentage) of the Sun’s area eclipsed whereas eclipse magnitude – another term often quoted in the literature – is the fraction of the Sun’s diameter eclipsed. There won’t be another partial solar eclipse of this magnitude until 12 August 2026, so observers in the British Isles should make the most of the March 2015 event.

Here are the local circumstances of the partial eclipse in detail for various locations within the British Isles on 20 March 2015:

There will be enormous public interest in viewing such a significant partial eclipse from locations in Northern Europe that are outside of the narrow path of totality. But looking at the Sun is dangerous and can result in serious eye damage or blindness. The danger is not because of the eclipse – it is dangerous to look at the Sun at any time. You MUST always protect your eyes during the partial eclipse. However, an eclipse of the Sun can be observed safely by following the Dos and Don’ts of the Solar Eclipse Safety Code (printed copies available from the British Astronomical Association), but do supervise children closely at all times.

Normally, by the time the Sun is nearly half covered, anyone standing near a tree or bush will be able to see tiny crescent-shaped images on the ground around them. Gaps in the foliage act as ‘pinhole cameras’ and focus the images of the crescent Sun. It is also possible to make your own pinhole projector to observe the partial eclipse in safety. Make a small neat hole in the middle of a large piece of card and use it to “project” an image of the Sun onto another (preferably white) card screen positioned 1-2 metres away. Don’t look through the hole – look only at the projected image on the (white) card screen.