The very fast mover tracked across the sky heading northwards at just over 1 degree per minute near closest approach and was potentially visible from much of the northern hemisphere. At its brightest it attained 13th magnitude.

For the UK observers,the weather proved problematic. Denis Buczynski, observing from north-east Scotland, has sent in the only successful UK report. Denis’s image showing the 5-minute long trail as it sped across his skies as a 16-17th magnitude object is shown below: 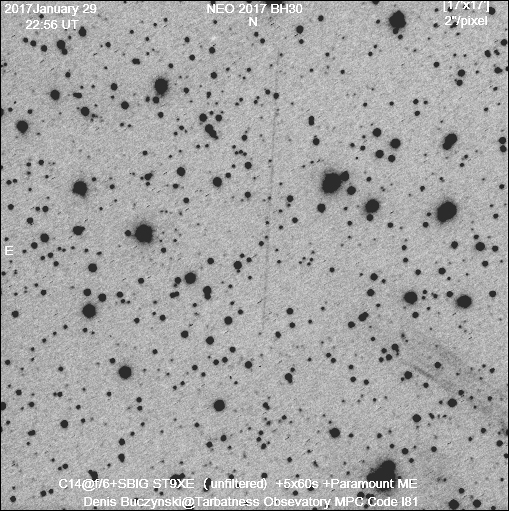 More reports can be found under Recent News on the Asteroids and Remote Planets website.