Noctilucent Cloud and What to Look For

In 1884 a gentleman called Thomas Backhouse was looking at cloud formations. It had been a good year for this, as the effects of the Krakatoa eruption were still showing in sunsets all over the world. He noticed a new type of cloud which was only visible after sunset. He kept observing these clouds even after the dust of Krakatoa had faded. These clouds became known as polar mesospheric clouds or Noctilucent clouds (popularly referred to by the abbreviation “NLC”) and are high atmosphere clouds which occur over summertime at mid latitude locations. They form at very high altitudes – around 82 km above sea level – and are, thus, a quite separate phenomena from normal weather or tropospheric cloud.

NLCs can be seen in the northern hemisphere from around late May to early August during the darkest part of a summer’s night when the Sun is between 6 – 16 degrees below the horizon. Typically, they will occupy the northern horizon, along the twilight arch, extending to an altitude of 10 – 15 degrees. Over the NLC “season” the bright star Capella dominates this part of the sky and serves as a good marker for the NLC observer. They used to be associated with northern UK but were seen as far south as southern France in 2018, and they seem to be spreading further south with each season.

So, what do you look for and when? You need to start looking from about 11pm BST and keep going till 3am BST. You need a clear northern horizon and clear skies for the best chance of viewing them. All low clouds will appear dark, and you should also be able to see stars, particularly Capella. The colour of the clouds will vary from white to an almost electric blue and will stand out quite markedly. There are several types, but the most common and easiest to recognise is the “herring bone” or rippling sand type pattern which looks like lots of curved lines drawn in parallel. At the start of the season you may get days with out NLC but as it builds you may see several displays on consecutive nights.

Photographing them is easy but you will need a tripod to ensure a stable platform. Modern digital cameras will capture NLC with an exposure of anything from 0.5 to 6 seconds but it is best to vary shutter speed and take as many as possible as display intensity will vary.

So in finishing, I wish you clear skies and pleasant nights observing NLC and it’s normally a lot warmer than observing aurora in winter.

Please do send me your results and also post them to your BAA Members Page. 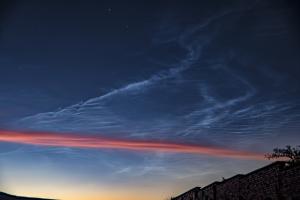 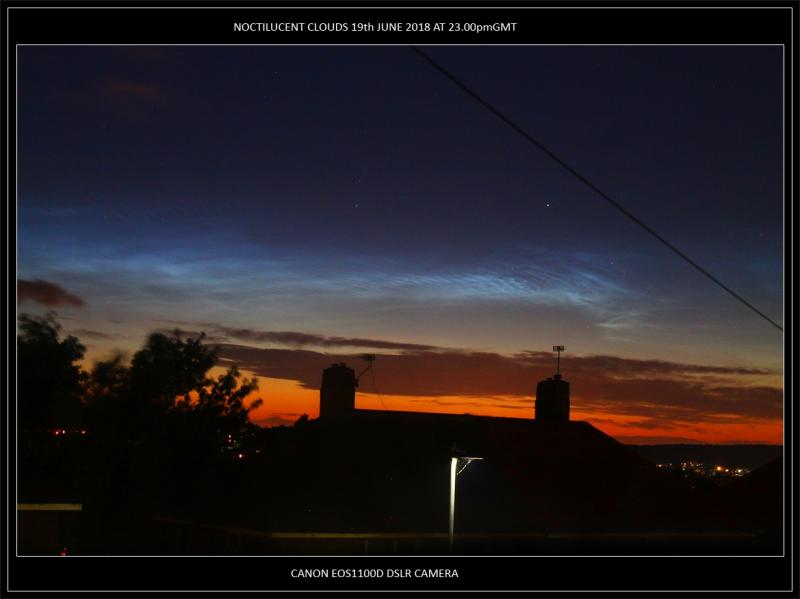 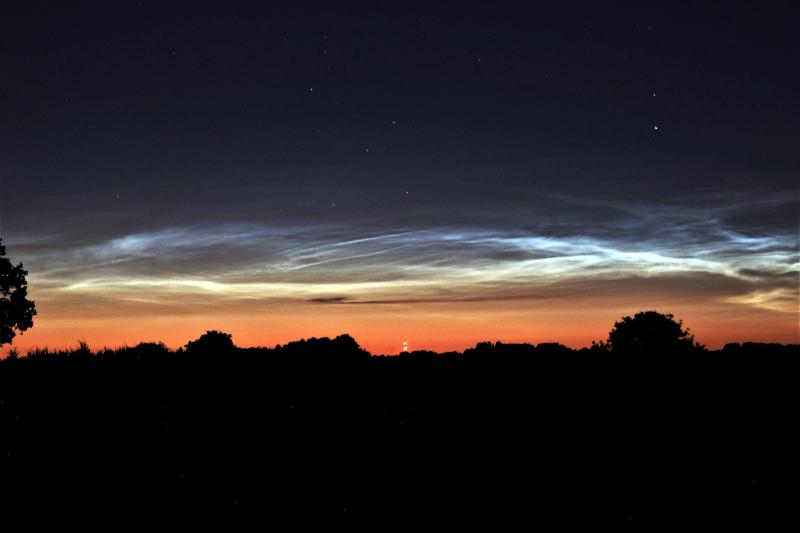