On the night of 22/23 Feb a bright geostationary satellite was seen for 6 hours from 18:50 to 00:49 UT using a RMS meteor camera pointing SW from Chelmsford, Essex. A single 10s frame is shown below – the red circle includes Betelgeuse (closest at 21:58 UT).  The satellite is at about mag 2 being a bit fainter than gamma Orionis (Bellatrix) at mag 1.6. Also shown below is a composite for every 5th frame (minus a few due to cloud) showing the change in altitude/azimuth during the 6 hours, within red ellipse, due to parallax I assume. The satellite appears to loop around the track of Betelgeuse. It appeared in every other frame giving a time interval between flashes of ~20s. 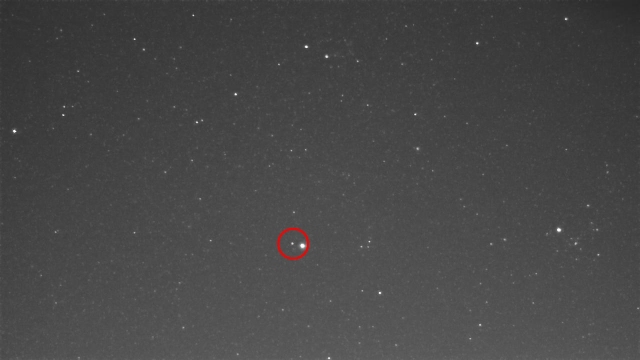 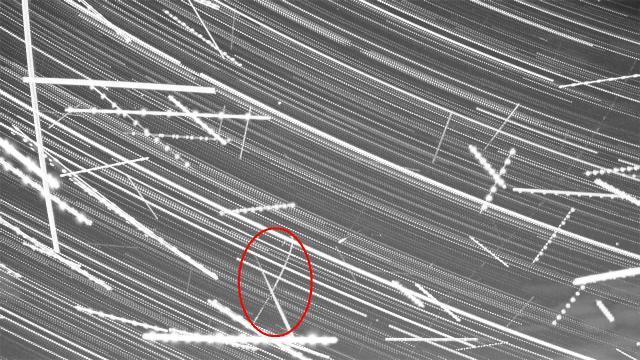 Further investigation indicate that this is Superbird B1 Communications satellite NORAD ID 21893, COSPAR ID 1992-010A in a 36,063 x 36,198 km, 13.8° orbit as determined by Heavensat in the screenshot below when near to Betelgeuse.  This software can also show when geostationary satellites are in the Earth’s shadow. 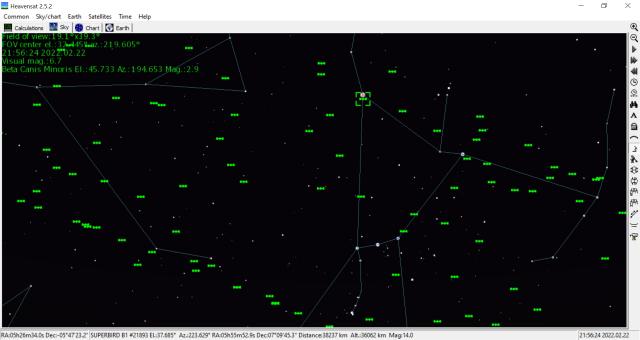