An alternative look at the comet.

The polarisation of sunlight being reflected and scattered by dust particles around the nucleus and in the tail can be easily mapped. 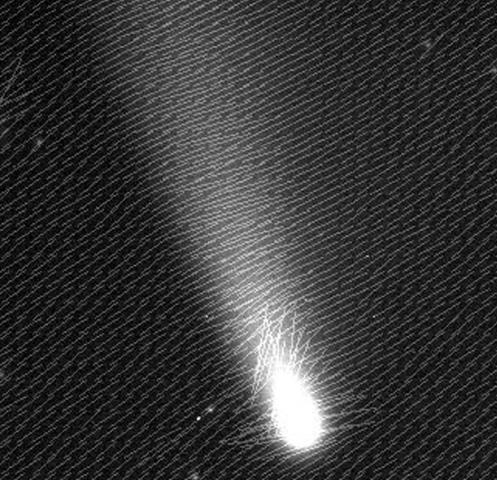 The lines represent the orientation and magnitude of polarisation. The light in the tail is polarised ~4%. There is other stronger polarisation, ~6% across the nucleus, possibly due to a much greater density of particles. additionally there is quite strong polarisation oriented ~60  degrees from the tail polarisation closer to the nucleus.

Initially I wasn’t sure if this was real or an artifact…. 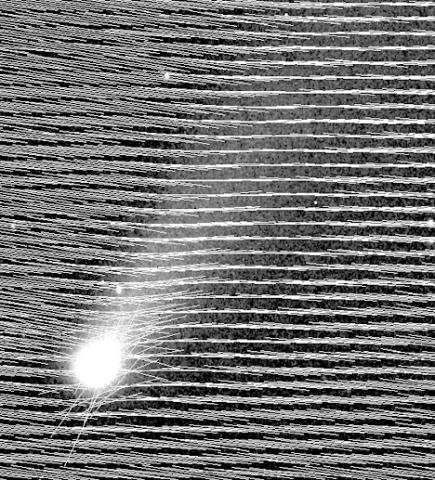 Interestingly, is the stronger polarisation is again seen around the nucleus but with a different orientation and location. It still could be an artifact but it may suggest possible Mie scattering from larger particles. The change in position may be due the rotation of the comet, from a jet or other active area.