I too was at Longyearbyen in Svalbard for a fantastic eclipse. The corona was particularly impressive though my photo does not do it justice. I also saw the shadow bands both before and after totality.

By the end of totality my toes had gone numb with the cold and I had to do some jogging around to return the circulation! 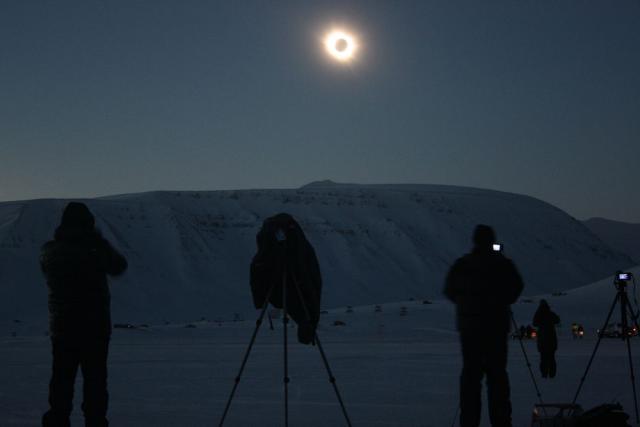 We also saw a sun dog as totality approached. In this picture you can also just make out a balloon that took off at around first contact. This image was taken with a handheld Canon IXUS 220 HS. 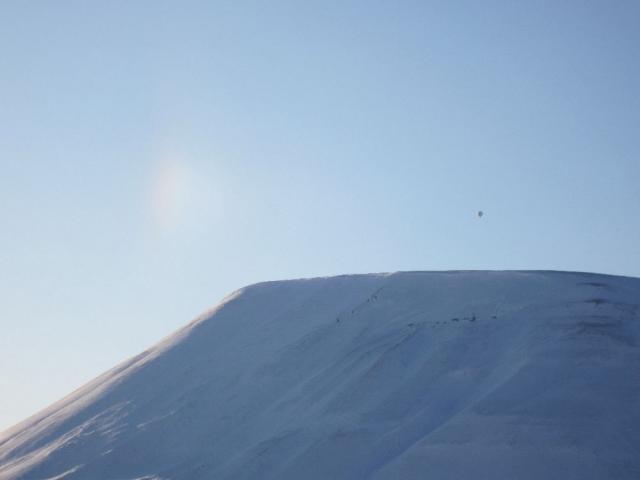