I’m now looking at the Virtual Moon Atlas which displays the appearance at specific times and dates — which means that the libration and illumination are depicted realistically.

Your “dark-floored crater” is Scoresby and the atlas shows its floor in deep shadow at 2019-12-08T22:35Z  (my guess at your time of observation).  The “craters” between Anaxagoras and Scoresby are Goldschmidt D and a peak for which I have yet to find a name.  The pair to the north of Scoresby might be Main and Main A or perhaps Main L.  The “very bright floor” and the neighbouring features on your sketch appears to be an extremely eroded crater which does not seem to have been named.

The attached image is a screenshot of the area in question as it appears on the Virtual Moon Atlas for the time and date in question.  The red square marks Goldschmidt D 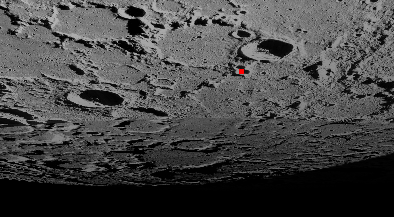