I thought I had checked everything was tightened, but today I’ve discovered the two Allen head bolts holding the slit in place had worked loose. No idea how!

I don’t think this explains everything though. The star spectra have a different amount of shift at different wavelengths, while the lamp spectra have the same shift all the way along. I can only think that the different light paths of the lamp and the stars are at the root of the problem as you have been saying. 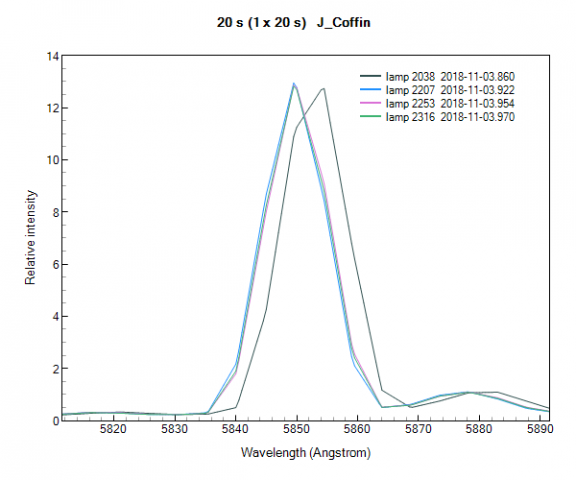