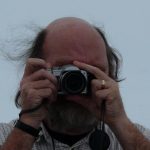 I've been doing astronomy for 50 years (eek), so I am probably not giving it up any time soon. Astronomy has changed and over time my interests have evolved from planetary observing, into meteors, through variable stars and, finally, to the deep sky. These days I'm especially interested in imaging of various sorts, but find making pretty pictures increasingly dull. Its just not a challenge anymore - todays's kit pretty much does it for you. I generally use a 300mm f4 Newtonian on an EQ6 and Starlight SX694 camera from a site in Wiltshire near the Dorset border where the sky is mag 21. I also have sporadic access to a Celestron 11" RASA. Fortunately, given the UK weather, I like programming and so write my own MS VB6 code to run a Starlight camera and interface it with TheSkyX software. Its a worthwhile skill for when I fully retire and get the chance to observe more - I want to make the most out of every night. I've also taught myself Python 3, which is useful, but the language is a mess and was designed by an idiot. That said, so many people have written external libraries for it that is is now possible to do a lot with it if you work round the language's glaring faults. My current software project is writing code to resample images of variable nebulae in such a way as to allow quantitative  comparisons to be made, while my observing interest is in seeing how far a 300mm can be pushed and, also, satellite imaging.