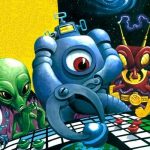 I've been fascinated by the night sky for just about as long as I can remember. Growing up under the dark skies of rural Northern Ireland, there were ample opportunities for basic visual observations and rudimentary attempts at astrophotography with a 35mm rangefinder camera. Since those early years my interest has expanded to include spaceflight and I now give regular talks to schools and societies ... and, when I find the time, launch the occasional rocket! I became interested in video meteor detection work following a chance discovery on eBay during the summer of 2010 when I found some fast, short focal length c-mount camera lenses for sale. Realising that these would fit on to a low light video camera that I already had from some previous experiments (observing satellites) I went ahead and purchased them. My first permanently mounted camera setup was Ravensmoor North (commissioned in October 2010) followed by Ravensmoor East in March 2011. A third camera was commissioned in January 2013. Research on the web highlighted the value of dual station collaborations such as that between Robert Cobain and Armagh Observatory but initial attempts to find a collaborator closer to my observatory in Cheshire proved fruitless until I stumbled across a forum posting by Alex Pratt who was in precisely the same predicament. Alex and I went on to found NEMETODE which is now, by some considerable margin, the largest video meteor observation network in the British Isles with cameras located as far afield as Galway in Ireland, the far north of Scotland, Cornwall, Essex and even northern France. The resultant data is analysed and published in various journals (including that of the BAA !) and ultimately is shared with our European colleagues via the EDMOND database. In October 2015, inspired by the pioneering work of Bill Ward, I deployed a 4th camera dedicated to spectral analysis and more recently (April 2017) I've commissioned a fifth "wide-angle" system enclosed within a dome. In addition to covering additional areas of the sky this system is a test bed for a somewhat different approach to protecting the camera and lens from the elements. In addition to video observations, I also have an interest in detecting meteors via radio (always have a Plan B, given our somewhat inclement weather). Inspired by, and with the extensive help of, Paul Hyde I deployed a system for detecting meteors via radio using the GRAVES RADAR (that is located near Dijon in France) in March 2016. A Section Officer (Video Network Coordinator) in the BAA Meteor Section, when I'm not working, spending time with my family or analysing meteor data, I can often be found upstairs in the garage, building and testing video meteor detection systems for current and future members of the NEMETODE team.