Observation by Peter Tickner: The moons of Uranus

The moons of Uranus 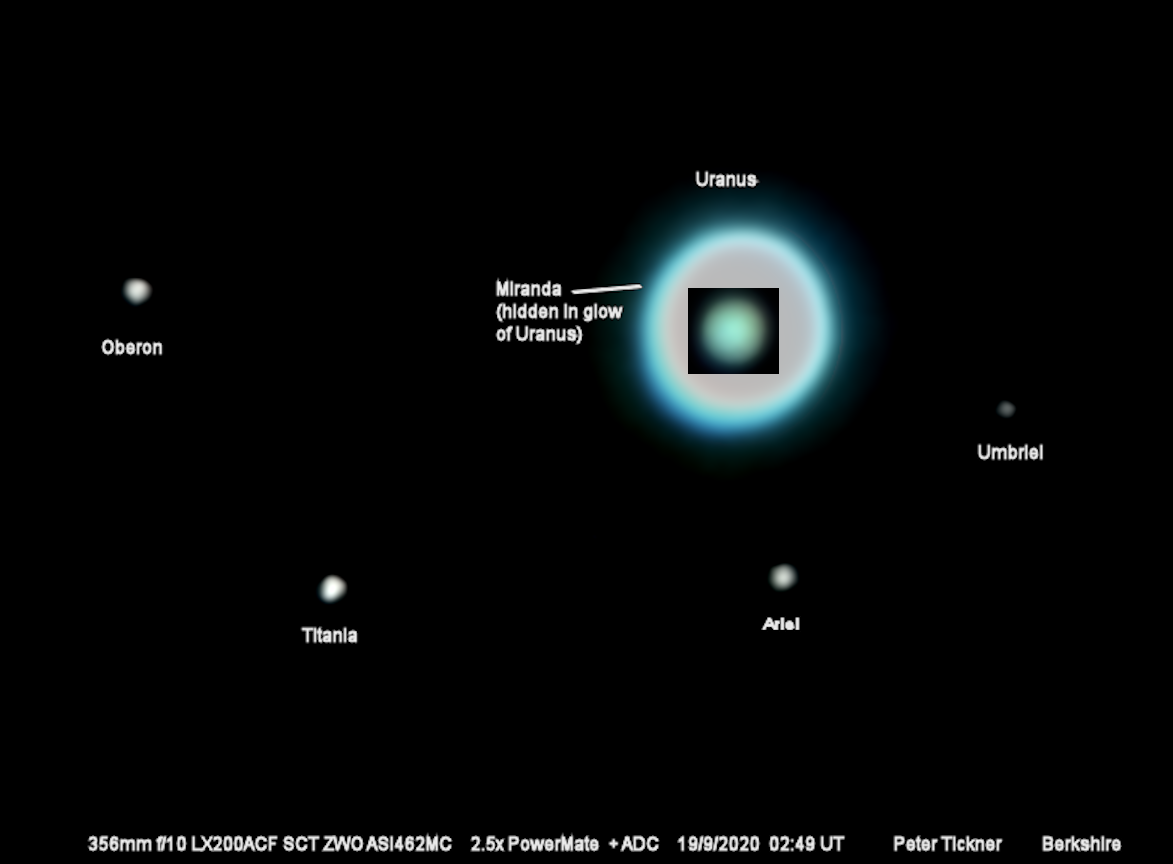 I've captured a few images of a nicely placed Uranus recently, but this was an attempt to capture its main moons as they lined up rather nicely in the early hours.  As usual Miranda eluded me, lost in the glow of an over-exposed Uranus to capture the other four main moons.      One day I'll find a setting that lets me capture all five!

I've superimposed a picture taken of Uranus shortly after, at the size it would have appeared if the image hadn't needed to be overexposed to capture the moons.

Paul Leyland,  David Basey,  Geof Lewis,  David Hardwick,  James Weightman,  Jeremy Shears,  Lars Lindhard
Copyright of all images and other observations submitted to the BAA remains with the owner of the work. Reproduction of work by third parties is expressly forbidden without the consent of the copyright holder. By submitting images to this online gallery, you grant the BAA permission to reproduce them in any of our publications.