Observation by Peter Tickner: Uranus and its five main moons

Uranus and its five main moons 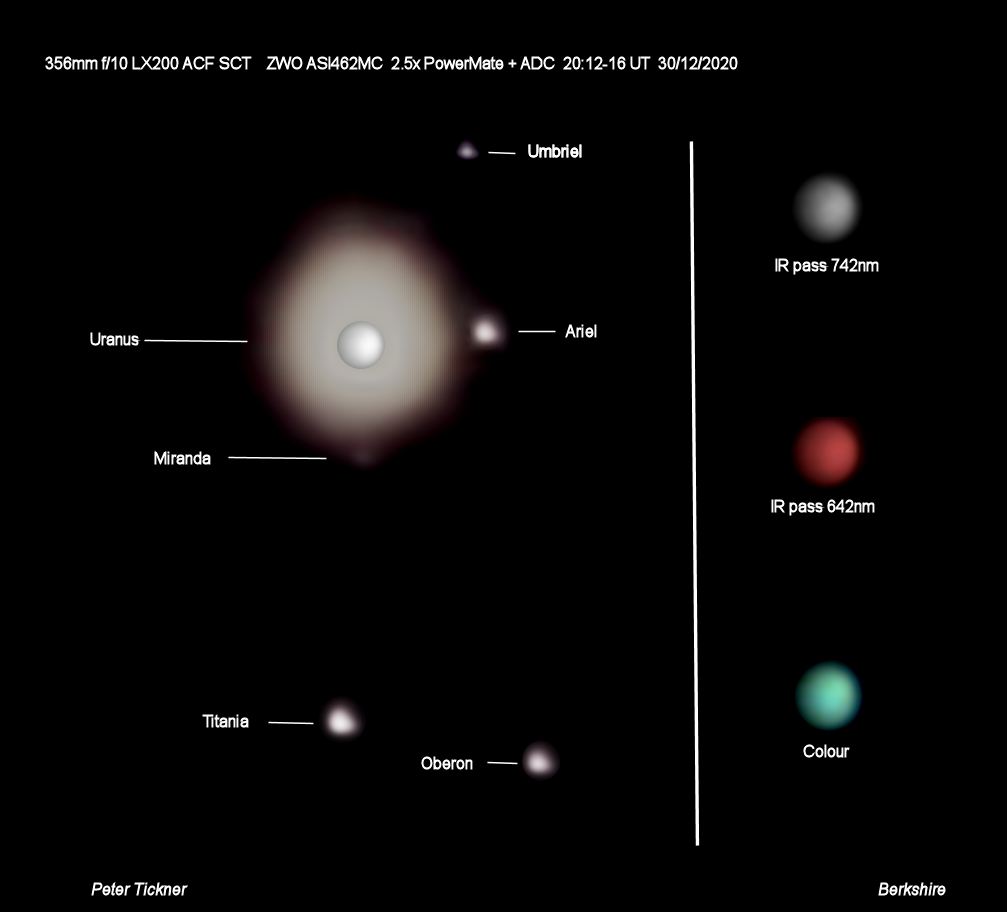 It has been a long held ambition of mine to get a clear shot of Miranda, the faintest of the five main moons of Uranus and one that is often lost in the glow of Uranus, as it doesn't stray far from the planet in its orbit.   For once conditions were good, Miranda about as far as it gets from Uranus and Uranus high in the sky.   Even so it has taken considerable post-processing of a series of four-second exposures in infrared to pick out Miranda separately from Uranus. I've superimposed an infrared image of Uranus over its glow to scale with the image of the moons.   Also in this image are three images of Uranus at different wavelengths.  The brighter southern pole (sideways on the right) is more apparent in the infrared images.  The images are North up from a UK perspective.

Mike Harlow,  Andrew Smith,  Manolo_Rodriguez,  Martin Lewis,  David Basey,  Tim Haymes
Copyright of all images and other observations submitted to the BAA remains with the owner of the work. Reproduction of work by third parties is expressly forbidden without the consent of the copyright holder. By submitting images to this online gallery, you grant the BAA permission to reproduce them in any of our publications.