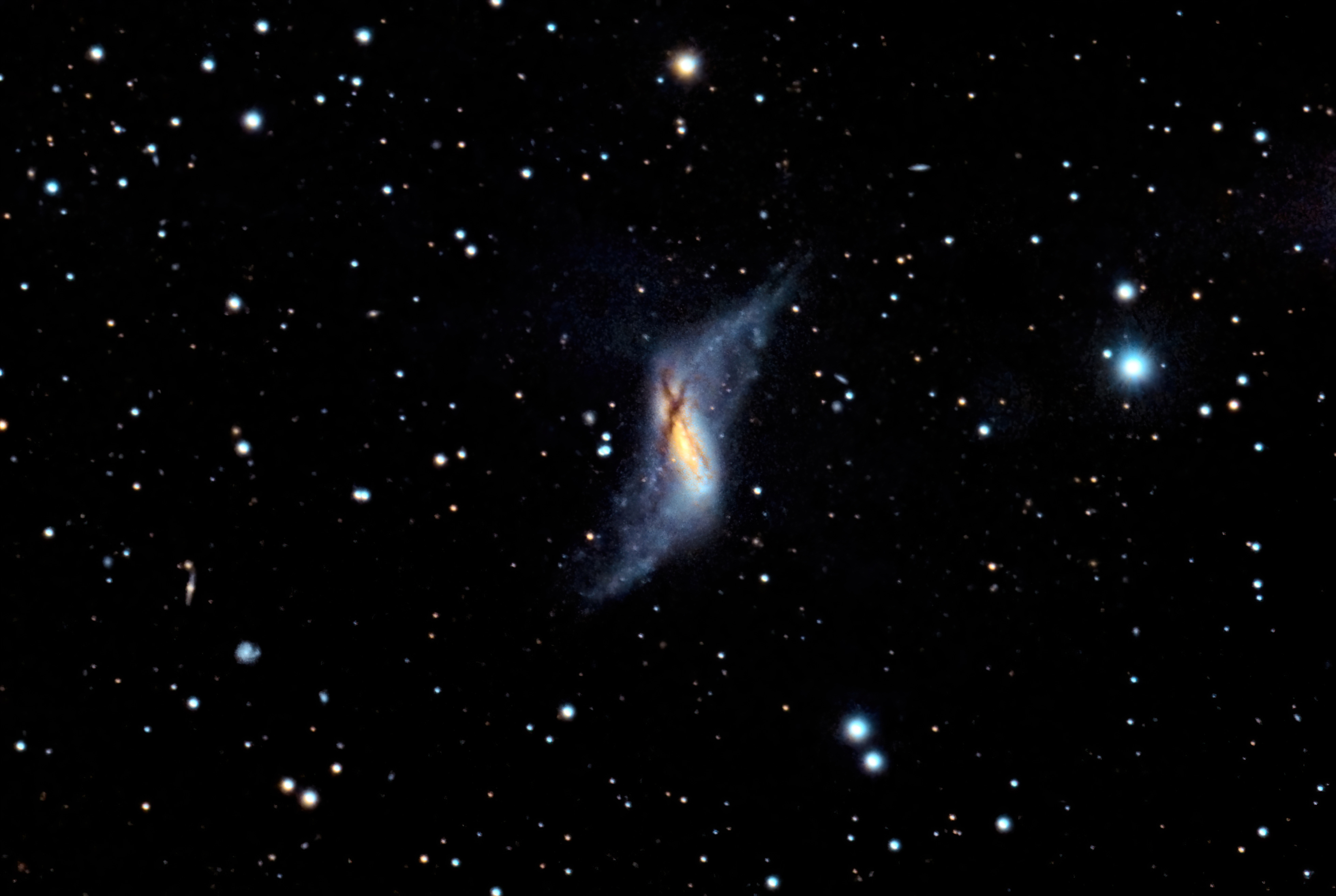 NGC 660 in the constellation of Pisces is an unusual galaxy – a Polar ring galaxy, in which an outer ring of gas and stars rotates over the poles of the galaxy. It is believed to have been formed by two galaxies colliding together a billion or so years ago or from the capture of material from a passing galaxy. At approx. 44 million light years away it is the largest most distant galaxy I have tried to image and my most challenging project so far, requiring over 20 hours of data over 6 nights on my 8" SCT, from my garden.

The weather in the UK has meant it has taken around 2 months to capture all the photons :)

It blows my mind as to how far away they are from us but also knowing that there are millions if not billions more galaxies much much further away….. Wish I had a bigger telescope :)

Superb, Martina. Has the feel of the Hubble Deep Field about it!

Great work. Well worth the effort to produce this excellent image of such an unusual, and remote, object. :)

Thanks Martin and Alan, I really appreciate your comments.