Comet 15P/Finlay is a short period comet which last came to perihelion on 2021 July 13. It is currently moving slowly through Cancer and we have quite a few images of it taken over the last few months which you can see here.

The orbit of 15P means that it is possible that we could see meteors that derive from the comet’s dust trails. This year, there have been a number of predictions of potential activity which are related to particular dust trails which were ejected from the comet at previous perihelion passages. There are some details here. The meteors appear to radiate from the southern constellation of Ara and so have been called Arids. The first definite detection of Arids was reported on CBET 5046 which was issued on October 1st. There are further reports on CBET 5049.

There are a number of predicted Arid dust trail intersection events coming up in early October but, unfortunately, none of these are likely to be visible from Europe due to the timing and the southern declination of the radiant (around -58deg). I have been in correspondence with Rob McNaught about this and he notes that zenithal attraction (perturbation of the meteoroid’s orbit by the Earth’s gravity) can change the apparent radiant position by up to 20 degrees for such slow meteors. This means that meteors far from the radiant can be seen in places where the actual radiant is below the horizon.

Rob McNaught has sent in these maps including zenithal attraction showing the situation for the predicted peaks listed in ATEL #14947.

In addition he adds one other

In these plots the sub-radiant location is in the middle of the map so that  all locations with the potential to have meteors in their sky are shown. In these maps the red circles are the radiant altitude including zenith attraction ranging from 80 deg at the centre to 0 deg at the edge. The black lines show how early or late the dust sheet intersection will occur relative to the time in the title (in minutes) and the blue lines show the Sun’s altitude at the time in the title. For example, for the peak at 2021 Oct 7, 00:35UT, an observer at the southern tip of Florida would have the apparent radiant 19 deg above the horizon at that time, but the peak itself would occur 23 mins later at 00:58UT.

The first two maps show the situation for times not associated with the predicted peaks. These indicate that, very theoretically, some Arids could be visible from Europe and the northern US due to zenithal attraction even though the radiant is far below the horizon. 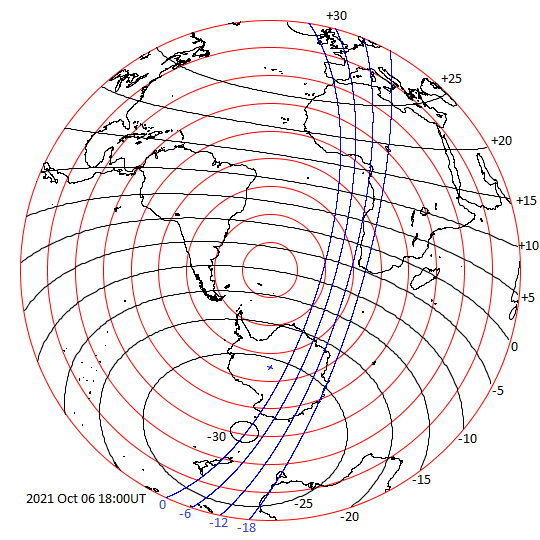 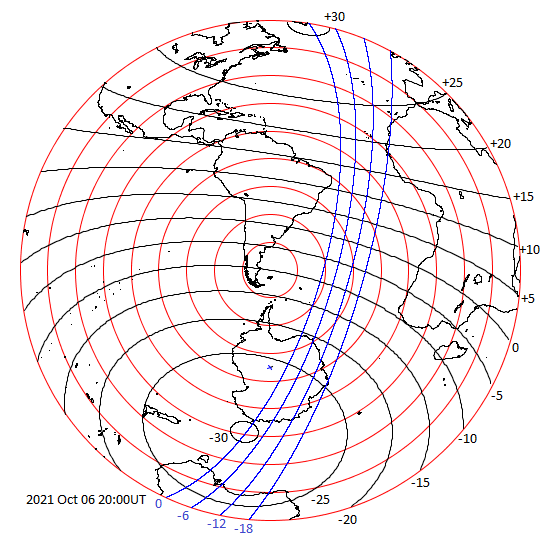 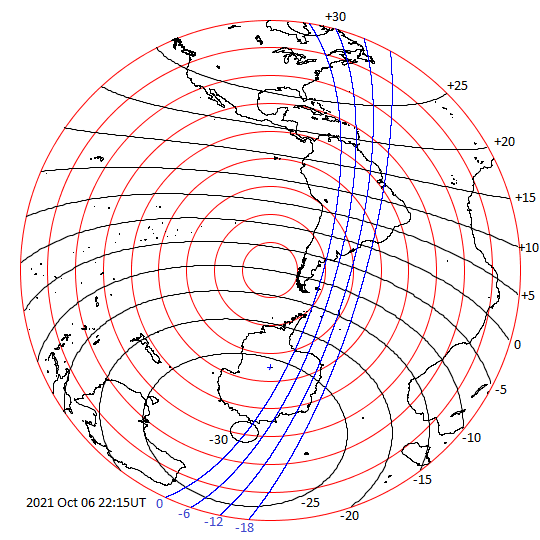 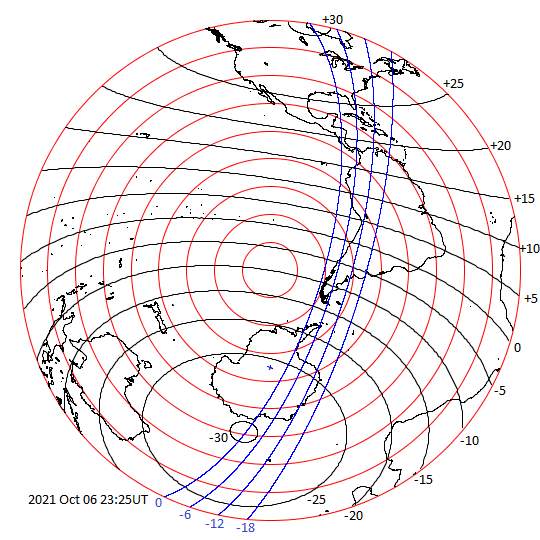 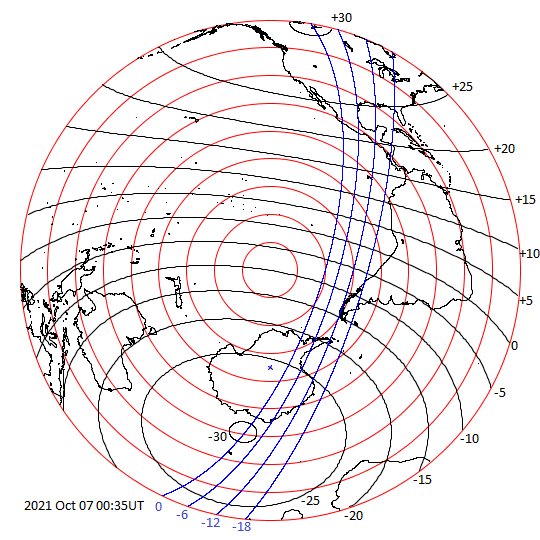 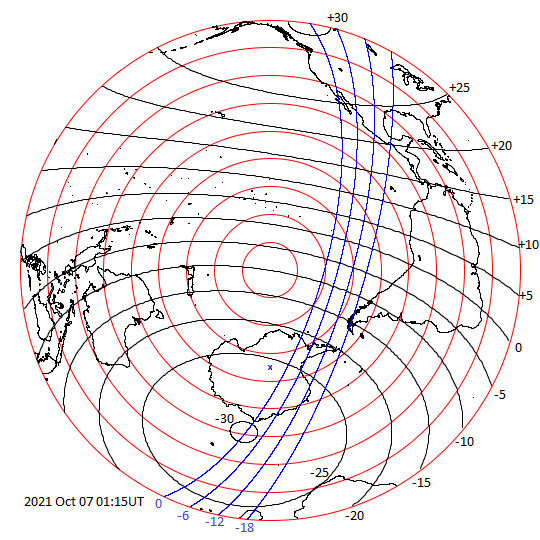 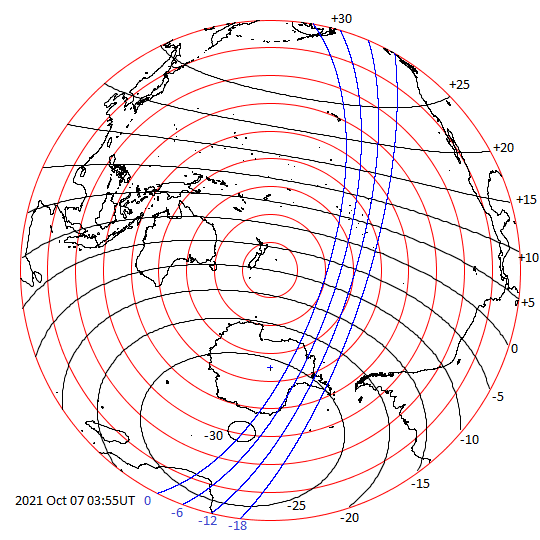