This most bizarre of comets, 29P/Schwassmann-Wachmann 1 has undergone FOUR consecutive outbursts, the first starting on 2021 September 25.3 and the last finishing on September 27.7. By September 28.4, the star-like coma was shining at magnitude 11.15R, possibly its brightest for about 40 years.

The comet had been quiescent at close to 17th magnitude but images from Patrick Wiggins (718) from Utah taken near an 83% illuminated Moon showed the comet in the throes of brightening to reach magnitude 14.4R, as reported by Denis Buczynski (I81) from Scotland on September 25.99. Two further outbursts raised the brightness to 13.7R and 12.4R until the most intense event of all, some 15x more energetic than the first event completed this fireworks display some 830 million km from Earth. The present behaviour represents a re-awakening of strong cometary outbursts after a relatively calm season some 3 years in length during which it exhibited mainly mini-outbursts. In fact some 42 such events were registered, each no more intense than 0.5 magnitude in amplitude.

Here’s what the latest image taken from Texas using one of the 1.0-m aperture telescopes of the Las Cumbres Observatory looks like: 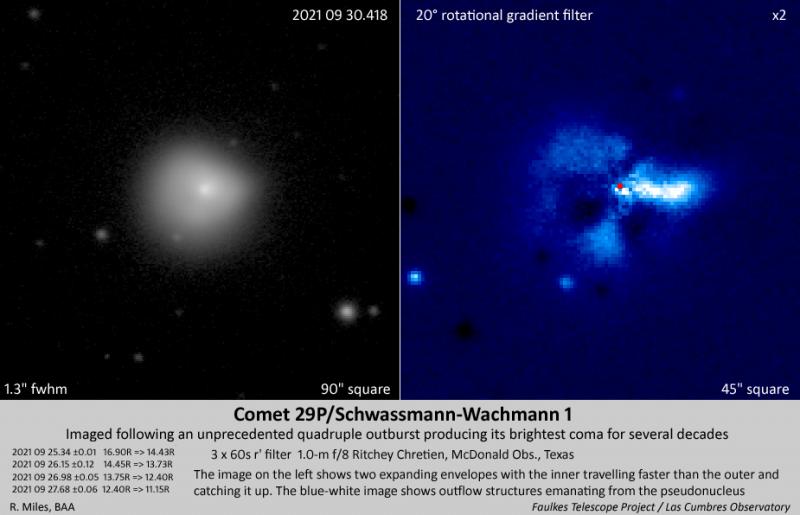 Professional astronomers have jumped to action stations with imaging from the SWIFT satellite, from the IRTF on Mauna Kea, and hopefully from an 8.0-m instrument. It is believed that the comet happened to be in the field of the TESS exoplanet transit observatory at the time of these outbursts so we may have a much fuller picture of the stepwise lightcurve. Here is a lightcurve following the last of the outbursts: 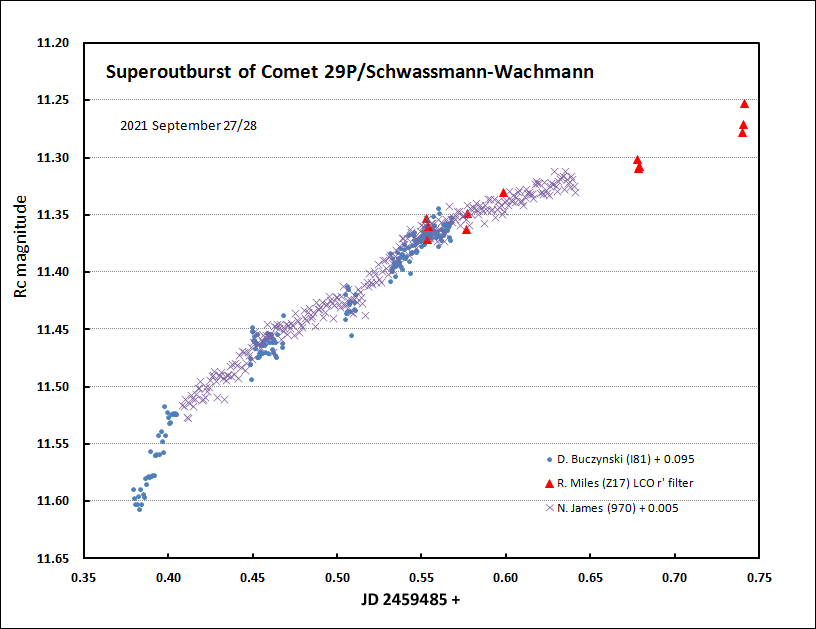 Many more details are available on the MISSION 29P webpage and an article has already appeared on the Sky and Telescope website.

I like this colour montage from Peter Tickner, which shows some tantalising colours indicative of emission lines from ionised gas: 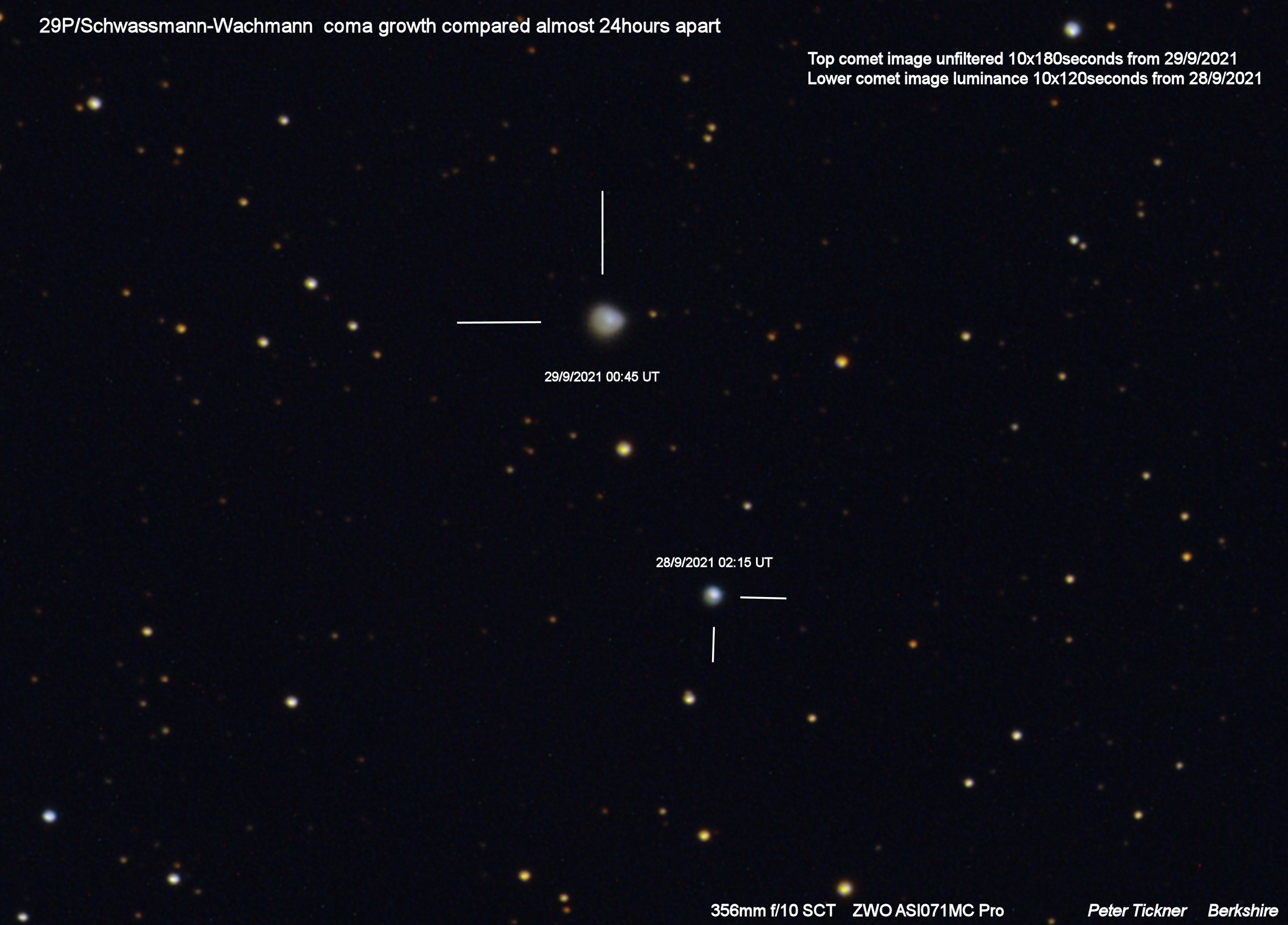 Observers are encouraged to keep a close watch on Comet 29P. One reason is to look out for another outburst that can happen any time between 4 and 10 days after the initial trigger. We think cryovolcanic activity underlies the bizarre behaviour , and that a follow-up eruption is triggered by the fallback of debris and dust onto the comet nucleus.