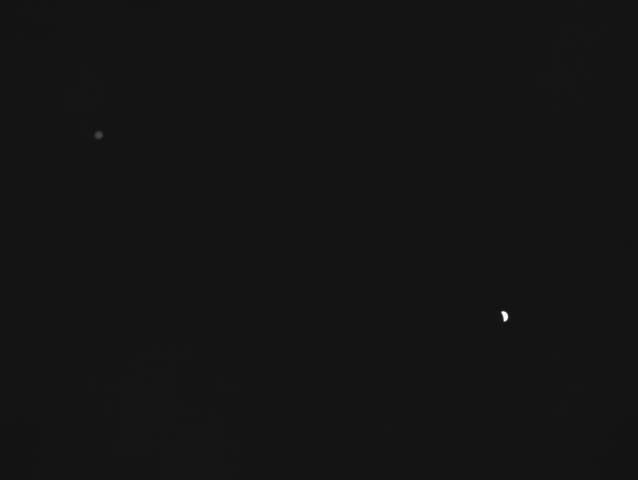 I knew I wouldn’t be able to view the conjunction from my observatory after dark due to horizon obstructions so decided to image the pair in broad daylight. My image was taken at 16.29UT under the blazing Sun.

Later as it went dark I joined members of my local astronomical club on a nearby hill (not many of those in Essex) and was treated to the conjunction in a dark blue sky. Venus and Jupiter hung in the sky majestically above a bank of thunder cloud which was occasionally lit up by lighting. Great sight!

I guess observers in East London / South West Essex were in the rain!!