The first comet to be discovered in 2021 was found by Gregory Leonard on January 3. He was using the 1.5-m Mt. Lemmon survey telescope and he reported the comet as a 19th magnitude object with an apparent 10 arcsecond diameter coma (CBET 4907). At the time C/2021 A1 (Leonard) was in Canes Venatici. Early astrometry indicated a perihelion on 2022 January 3 at a distance of 0.61 au. This suggested that the comet could become a naked-eye object in 2021 December. Throughout 2021 this comet has been at a high northern declination moving slowly through Canes Venatici (CVn) then Ursa Major (UMa) then back into CVn. 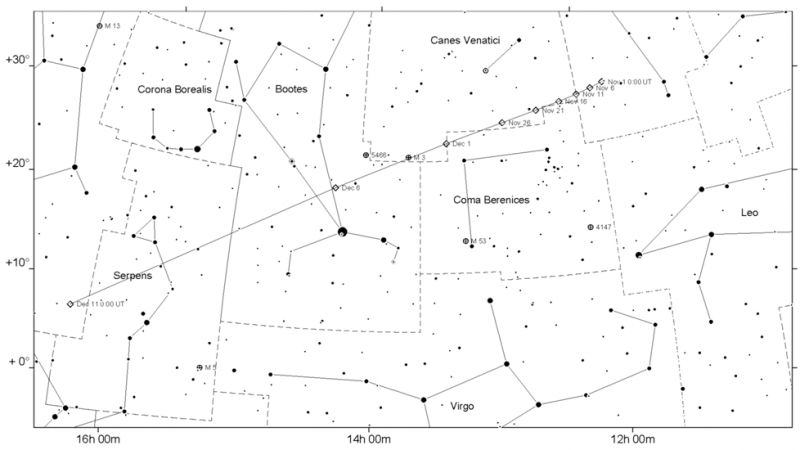 The comet is a morning object and it is highest in the sky at dawn (PDF chart). As it approaches perihelion it will move rapidly south entering Bootes on December 4th and crossing the celestial equator on December 12th. From the UK it will be around 30 deg elevation on the morning of December 9th at 06:00 UTC but only 4 deg elevation at the same time on December 12th. The moon is new on December 4 and so is out of the morning sky for the first two weeks of December. The situation will be better the further south you go so this is a good opportunity to observe using remote telescopes. As shown on the chart the comet will pass over the globular cluster M3 on the morning of December 3. At the time the comet should be around 7th magnitude so this should make a nice imaging opportunity. On December 8th the Earth will cross the comet’s orbital plane and so the tail and magnitude could be enhanced around that time however the observation will be difficult from the UK due to the low altitude. Closest approach to the Earth occurs on December 12 when the comet will be 0.23 au away towards the Sun and so very difficult to see.

Over the last few months the comet has brightened gradually and the latest magnitudes on COBS show it to be around 10th magnitude. Its magnitude has been very well behaved and it is a bit brighter than was predicted back in January. It should brighten rapidly through the rest of November and into December, possibly reaching 4th magnitude at perihelion although it will not be visible from the UK then. The current COBS lightcurve is shown here and you can see a live version here. 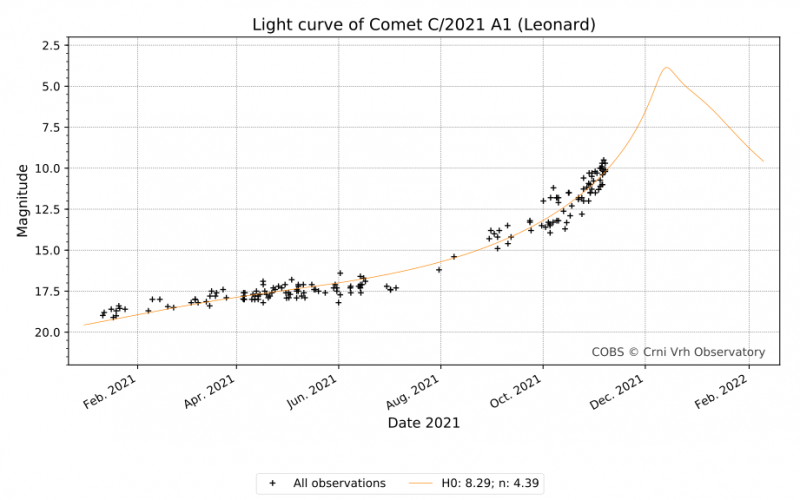 There are many images of the comet in the BAA archive here.  One of the first images is from Denis Buczynski on 2021 January 6 and the most recent is from Martin Mobberley on 2021 November 5th. There have been a few reports of visual observations, including some recent ones from the UK using large telescopes. The comet should become easier to see over the coming weeks.

After perihelion the comet is a southern hemisphere object so take the opportunity to observe it now if you can. The comet will remain south of the equator for many years as it moves away from the Sun. The orbit looks to be hyperbolic outbound and so the comet will never return.  Please submit any observations to the Comet Section. 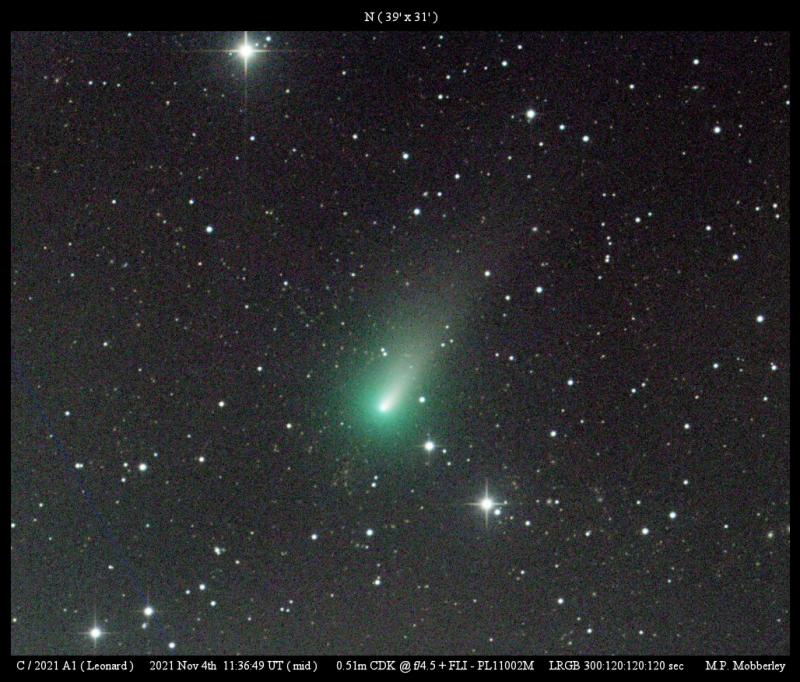