This update covers the period immediately following the recent large regional dust storm, and is complete up till about October 24.

The dust fallout area, located primarily south of Mare Erythraeum (including Argyre), and continuing across Hellas and Noachis to the east, was initially exceptionally large, bright and yellowish-white. By the second week of October there was a distinct core of bright fallout in Argyre amidst a now less bright surrounding area: see the images by Nick Haigh for Oct 11. By Oct 15, Eric Sussenbach’s image showed only the part in Argyre really noticeable as a light area. By mid-month the albedo features were quickly returning to normal, but the Director reminds observers that additional regional level activity is still possible at this season.

A preliminary survey of the data shows that the Oxia Palus-Indus development persists, and indeed Oxia Palus looked more prominent than ever upon some recent images. Pandorae Fretum is now dark, this change having resulted from the storm. Another interesting point is that Phoenicus Lacus shows an extension towards the northwest, as shown in the near-IR image of Oct 12 by Jim Tomney. This is a characteristic but temporary feature of regional and encircling storms affecting this longitude, a fact first noted by the Director during the perihelic opposition of 1988.

A nice comparison with earlier months showing the effect of dust fallout in Hellas, was made by Peter Tickner and is shared here. We remind readers that unless stated, south is uppermost in illustrations.

White cloud activity has not yet restarted; in any case we are now at the seasonal upper limit in the case of the Arsia Mons evening cloud. On the other hand, the north polar hood remains large, bright and complex. It will gradually shrink to leave the north polar cap well by Ls = 360 degrees, the start of N. spring, and we need filter images of the region to be able to date the transition accurately. Watch for any frontal systems moving south off the cap, in the form of inclined bright streaks running Np. to Sf., for these fronts can generate new dust storms (within certain Ls limits).

On Oct 19 Efrain Morales imaged what at first sight appeared to be a tiny projection near the N. limb/terminator. This appearance – as John Boudreau was quick enough to kindly point out when I shared the image with some Section observers in the longitude of the USA – was probably generated by the presence of dark markings (ground and/or shadow) within the north polar hood, coupled with image processing and contrast enhancement. He writes: “With a Declination of the Sun at -14.5° and heliocentric CM of 31.1° at the time of the image, any irregularities along the upper altitude boundaries of the NPH will cast some very long shadows in the north polar region which to me at least, is what these appear to be. I see nothing extending past the outline frame boundary in WinJUPOS measurement. I think Efrain may have clipped his image’s blackpoint enough while processing to have lost any shadow detail. I’ve seen these apparent irregularities in my own images recently.”

I am posting Efrain’s image and John’s projection of it (with north up) in WinJUPOS. It is also true that there have been some very bright discrete clouds and horizontal strips of cloud within the hood lately, and that these might irradiate at the limb. I am grateful to Mike Hood, Frank Melillo, Randy Tatum and Tom Williamson (all USA) in quickly responding with their own images. See the images by Williamson for Oct 20, Hood for Oct 21 and Melillo for Oct 22, which all show a bright belt and/or limb area within the NPH. The same bright areas can be seen on some earlier images and drawings received.

Part 1 of the final report on the 2018 opposition has appeared in the 2022 October issue of the Journal, and the December number will contain part 2. A PDF file of part 1 may now be obtained from our ‘read past reports’ downloads page. As I finish this update I have just corrected the proofs for part 2. 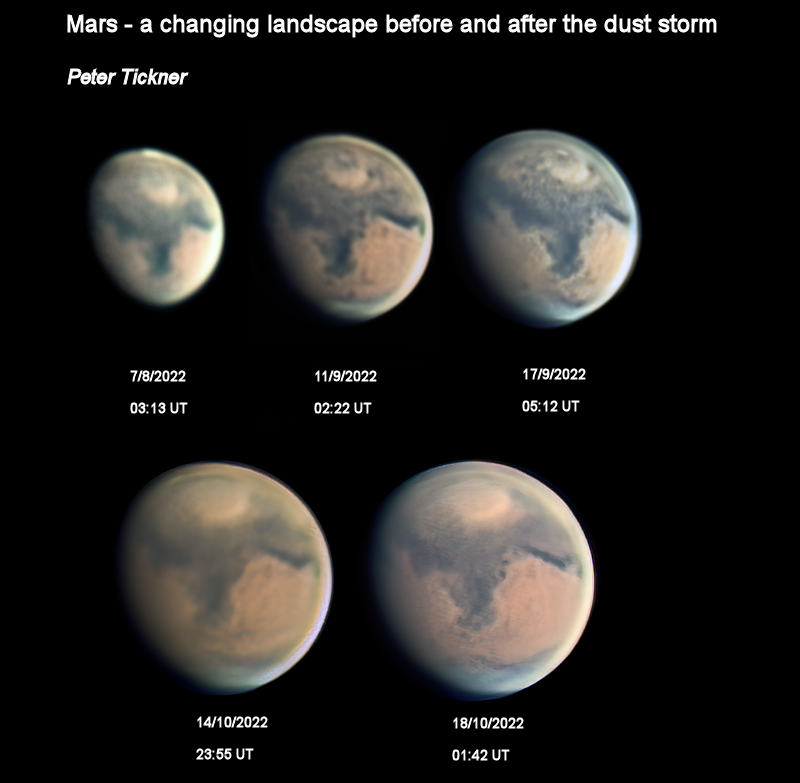 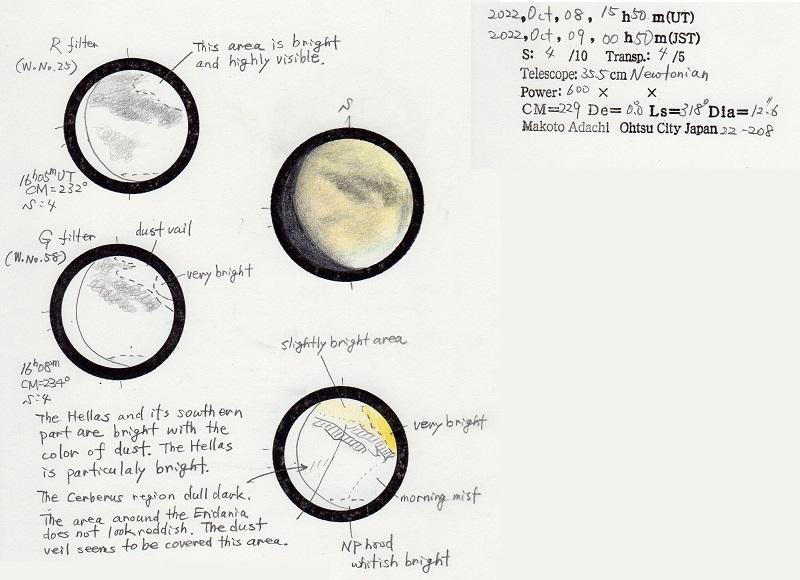 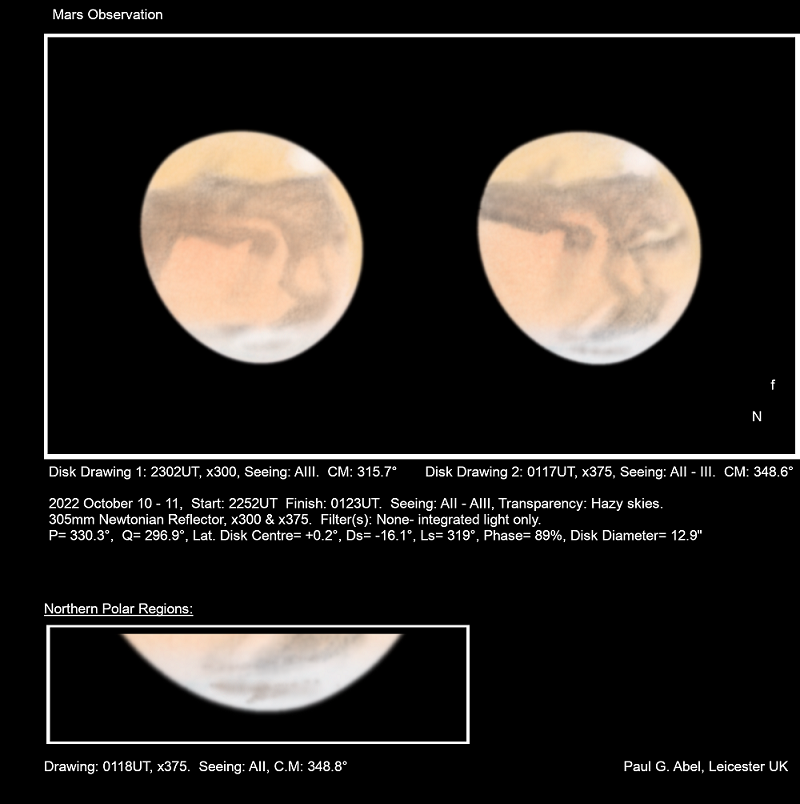 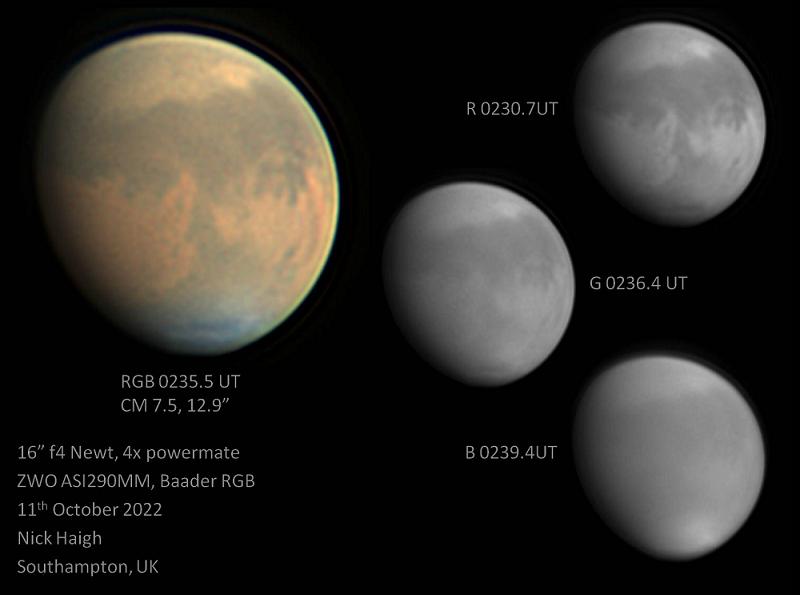 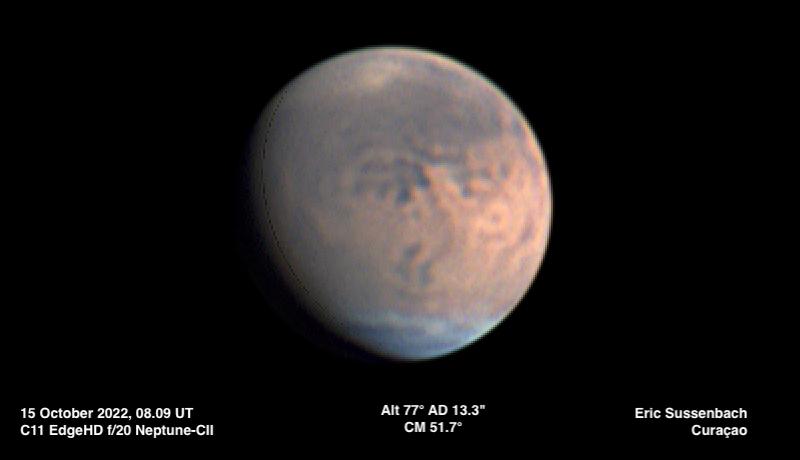 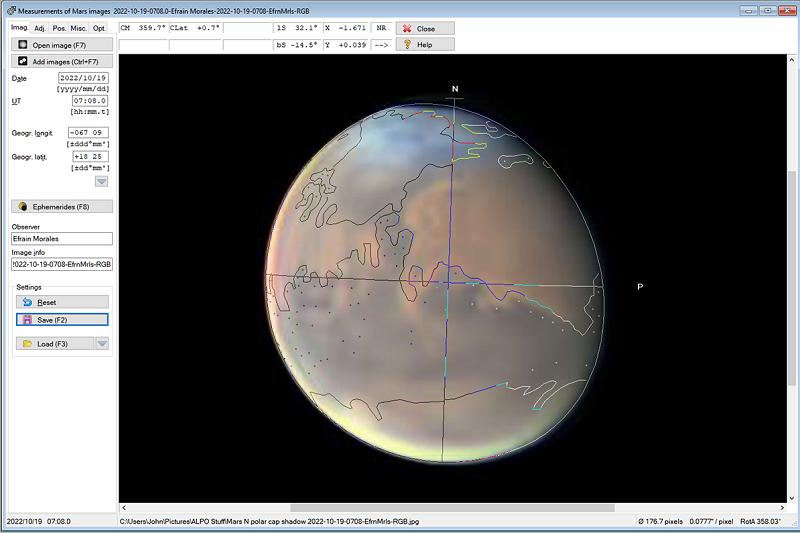 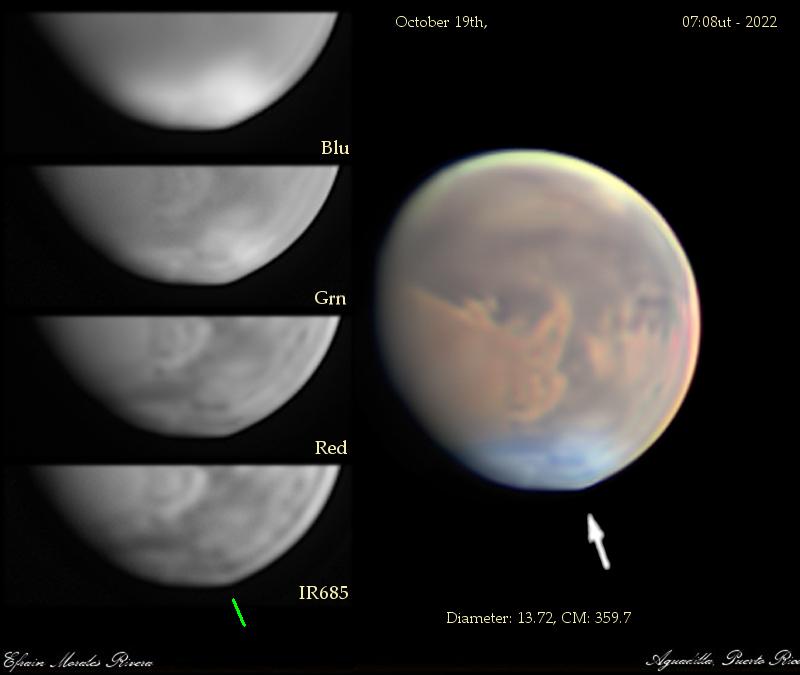 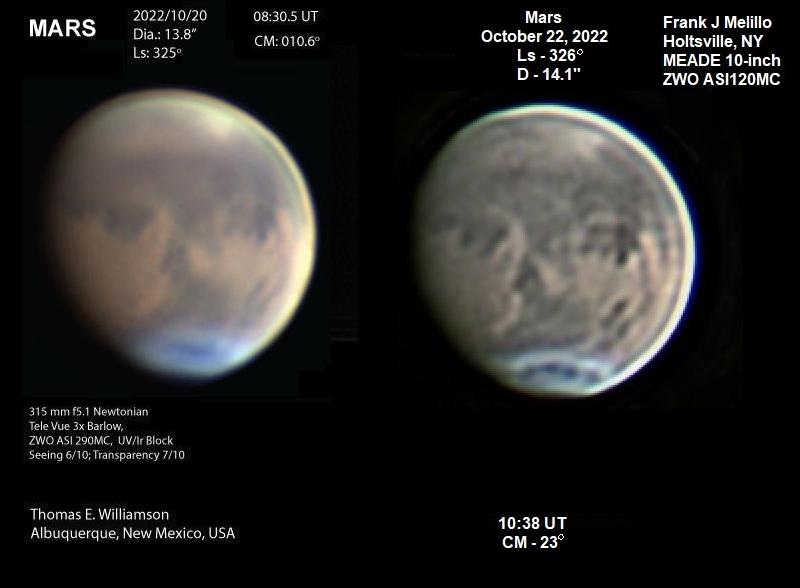 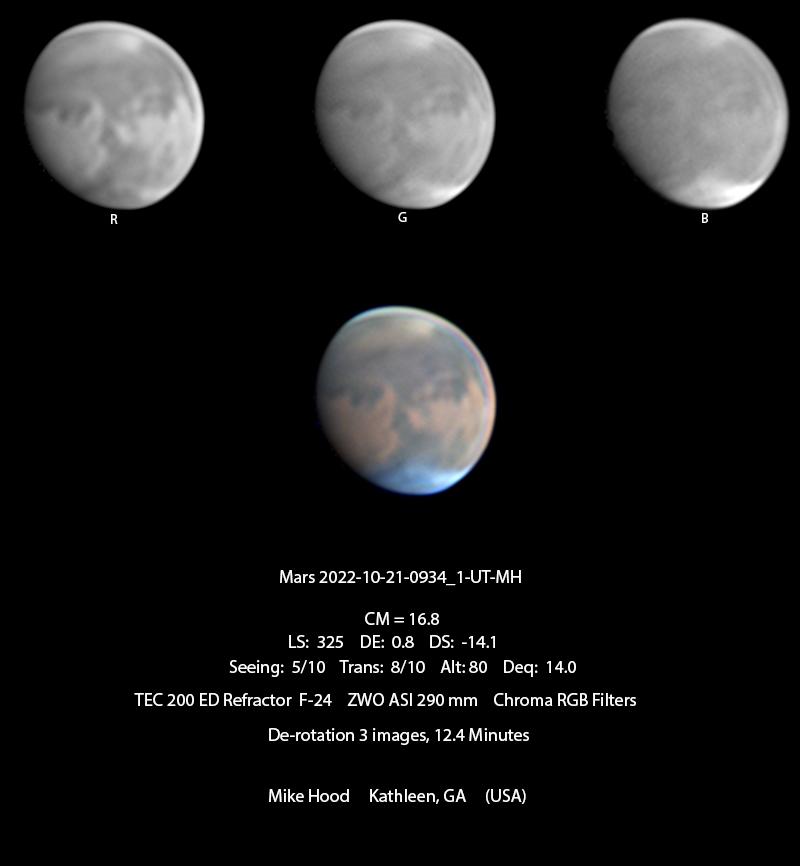