We are updating the Mars blog in two instalments with a short interval between them. First of all, today, one covering the observations up to late September that do not involve the recent large regional dust storm. Second, in a few days’ time, another update will cover that event alone. We have had several old and new observers joining our programme, bringing the total to 52, and the list will be updated later.

John Sussenbach on Aug 24 produced a fine image showing the SPC summer remnant and its unequal division into two parts by the usual seasonal rift at that longitude. Subsequently the S. polar cap became difficult to see, and it was not shown on the majority of later images. Moreover, as I write these lines, the value of the sub-Earth latitude, De, is now no longer negative. (See the BAA Handbook  – this is a link for BAA Members only). Mark Lonsdale’s image of Sep 19 is another good one of this longitude, but it does not show the cap.

Observers have been searching the evening terminator for white cloud activity. The Arsia Mons cloud was still well seen, and other clouds to the immediate east and northeast were also imaged (for example by G.Walker on Sep 1). There were also clouds forming in the evening a little to the south of Isidis Regio, running south from Libya and cutting into N. Mare Tyrrhenum, and as far as I can determine they were first recorded by O.Inoue and T.Kumamori from Japan, during Aug 26-30. I have checked through all the other BAA records for August. There are suitable negative observations of that longitude by P.Gorcynski, M.Hood and G.Walker (all USA) on Aug 14-15. Normally one would expect to see these evening clouds slightly more to the north, and centred upon Isidis Regio. You will find them nicely illustrated in our 2005 report, for example (see the ‘past reports’ page).

On Sep 22 Mike Hood drew attention to an isolated circular white evening cloud at or near the crater Briault (-10.5o, 270.5o), and it seems that this little cloud had marked the southern end of the aforementioned evening cloud (which was much longer, in the N-S sense). I cannot recall seeing any evening cloud in that precise location in observations over the past four decades, during the time I have been BAA Mars coordinator. (Briault by the way was just one of the observers who worked for the wealthy French amateur astronomer R.Jarry-Desloges, who now has a nearby crater on Mars and who set up and staffed large observatories in France and Algeria, and published their work in a series of volumes covering the years 1907 to 1941.) A number of observers recorded this little cloud for some time afterwards.

Observations of the bluish, complex and changeable north polar hood again showed several instances of the martian surface being visible through gaps in the cloud. With the change in the sign of De from S. to N. in early October the region will become very well presented, giving way to the ground cap by late northern winter.

By Sep 18, Ls had reached 306 degrees. The seasonally latest global storm known began at Ls = 311 degrees in 1924 December, so there was still a chance that one might begin during this apparition. The next update will show what actually happened.

One final thing: we are not receiving enough observations this apparition, with several well known observers being absent. Data from Japan cover the planet very well indeed, but there could be many more records made from the UK, Europe and the USA. 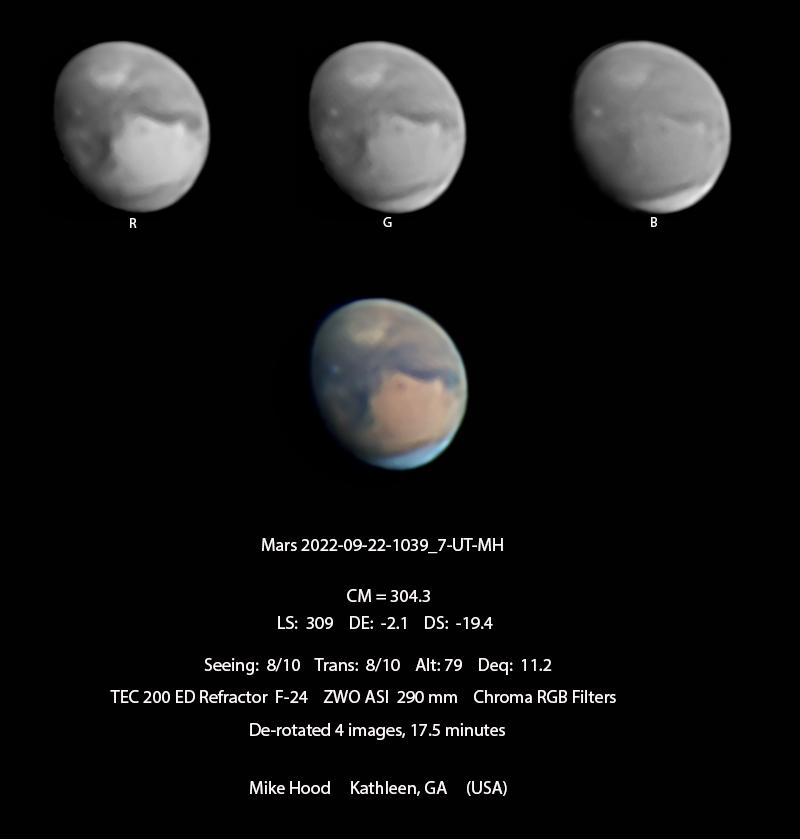 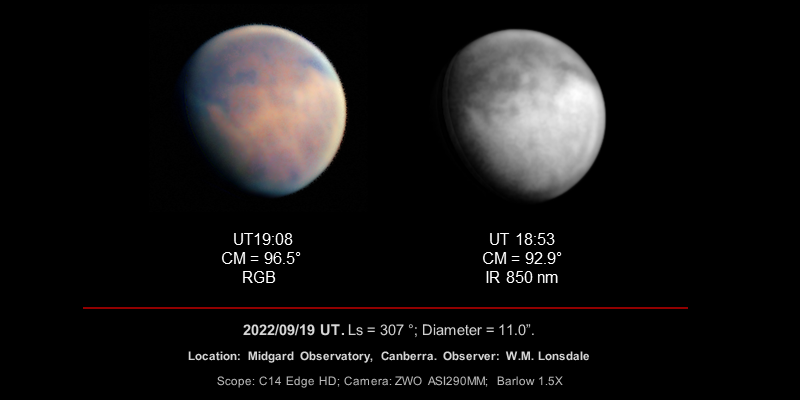 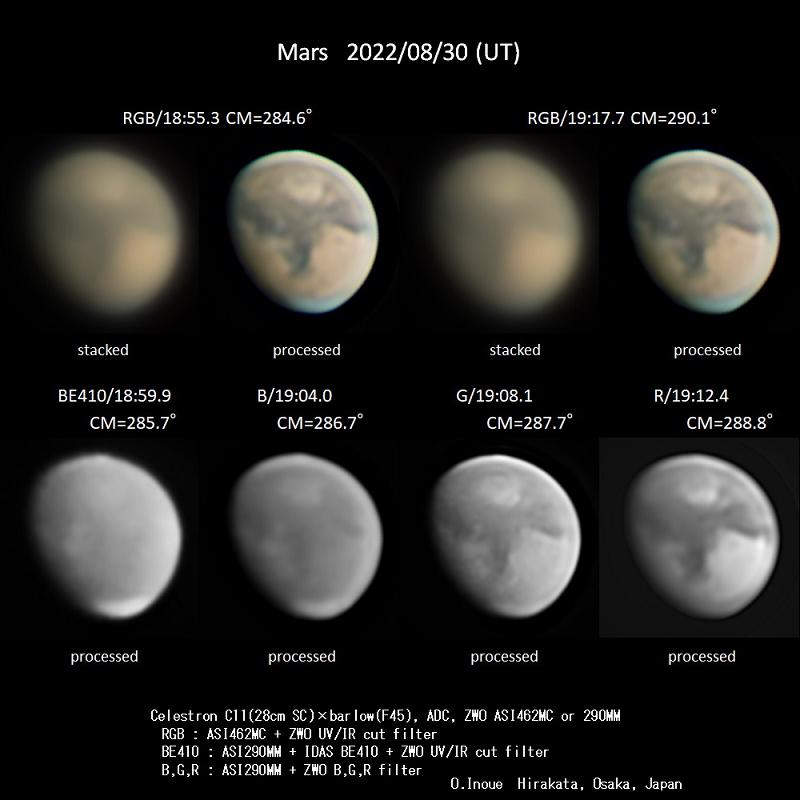