Highlights from the 2018 Observer’s Challenges

As 2018 draws to a close it is the perfect opportunity to review the images and drawings submitted by members to the BAA Observer’s Challenges during the year. There have been many wonderful observations uploaded to the members pages, too many to include them all in this article, so I have picked out a selection of the finest and most interesting contributions. 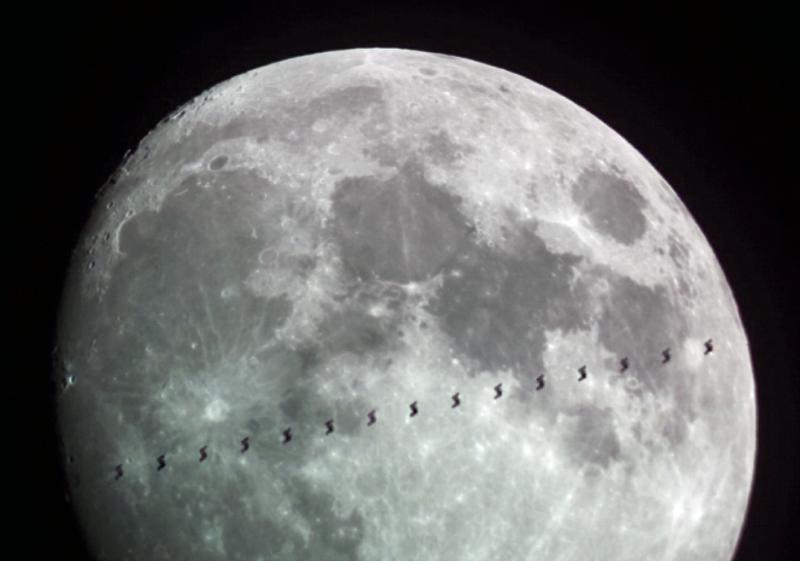 Dominic Ford set the first challenge of the year, to observe the International Space Station. This was one of the easier challenges as when the ISS passes over it will often appear as the brightest object in the night sky. To see the ISS you only need to be looking in the general direction at the right time and of course have a clear sky.

John Bell obtained this unusual and spectacular view of the ISS transiting in front of the Moon. Setting up equipment to be ready at exactly the right time is a real challenge. This image also illustrates the apparent size of the ISS on the sky as it is silhouetted against the familiar features of the Moon. 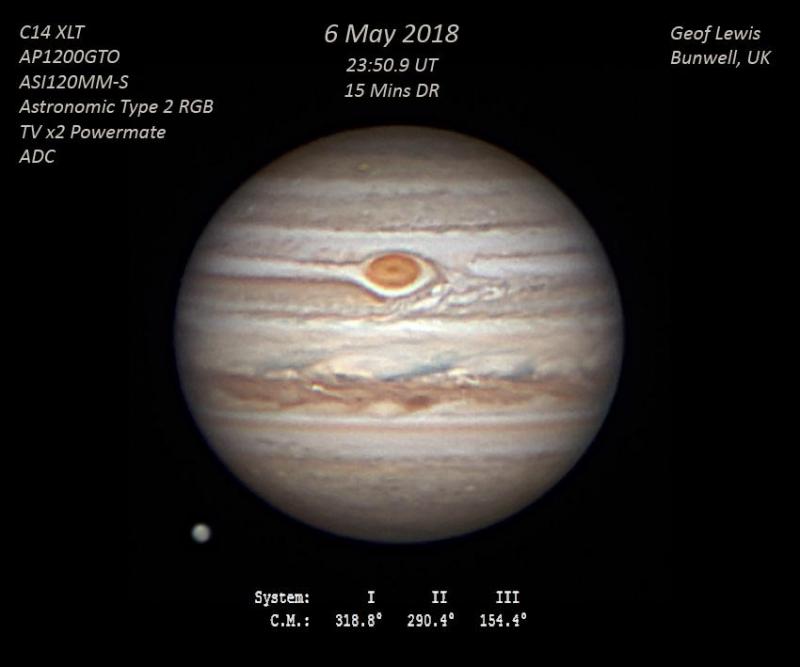 With Jupiter reaching opposition on 9th May this made for the perfect opportunity for Damian Peach’s challenge to image the planet. While Jupiter was easy to find, at a peak altitude of just over 20 degrees from UK latitudes, producing quality images from the UK was a real challenge.

Geof Lewis obtained this stunning image from Bunwell in the UK with the best seeing he had ever experienced. Not only do Jupiter and the Great Red Spot show wonderful detail, features can clearly be seen on the disc of Ganymede.

Martin Ratcliffe captured this fantastic image aided by the lower latitude of his USA location. His images from the red, green and blue filters demonstrate the rapid rotation of the planet as well as how the contrast of different features change with colour. 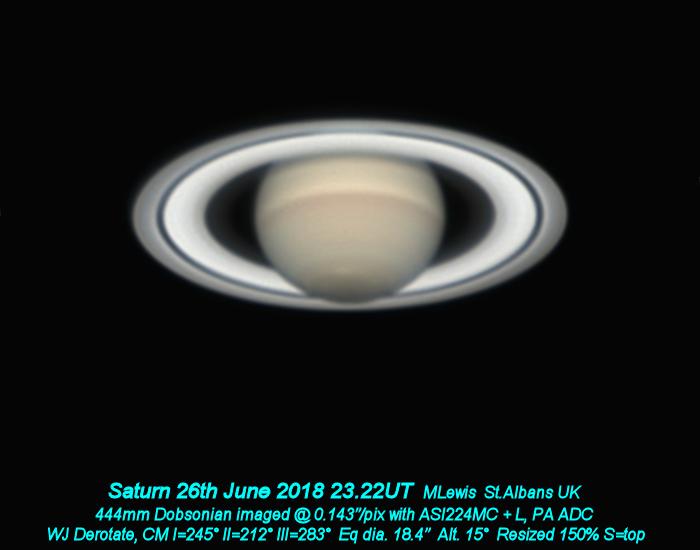 Saturn proved to be an even tougher challenge for UK observers with a peak altitude just above 15 degrees at opposition on 27th June. Alan set particular challenges of observing Enke’s Division and any satellite fainter than Titan

In the UK Martin Lewis took advantage of good seeing to take this great image that not only shows Enke’s Division but a storm near the North Polar Region at the bottom of the image.

Maurice Collins obtained this fabulous image of Saturn with 5 of its moons from New Zealand. Enceladus is faintly visible below its title and to the right of Tethys. 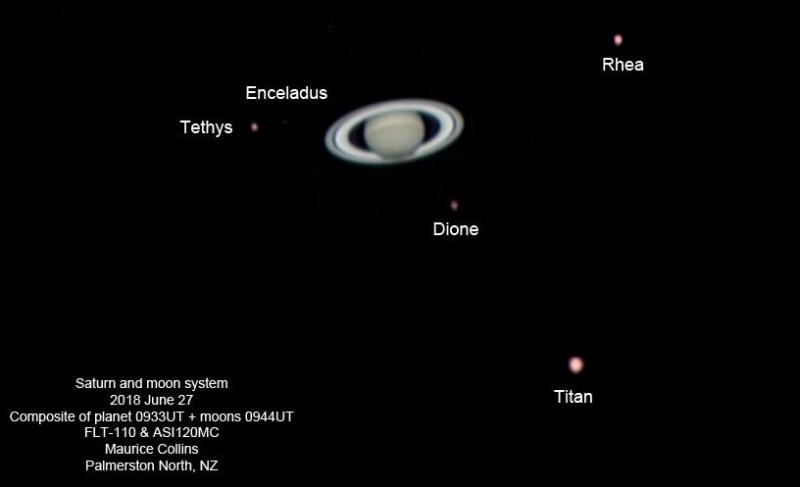 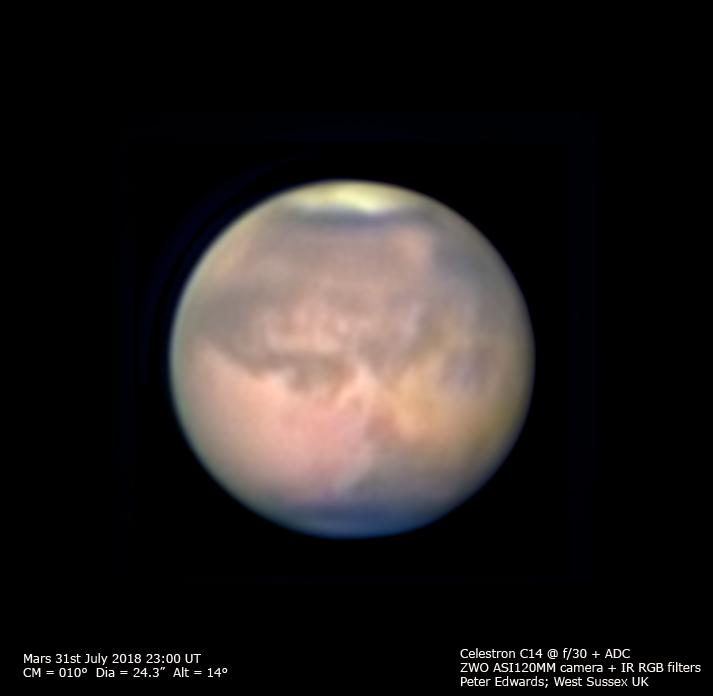 John Chuter set the challenge to observe Mars around opposition on 27th July 2018, its best approach in fifteen years. The theme of low altitude planets from the UK during 2018 was taken to a new extreme with Mars below 15 degrees at opposition.

Peter Edwards captured a fantastic level of detail with his C14 from the UK, with Mars close to opposition and a mere 14 degrees above the horizon.

This is a great opportunity to show off one of Paul Abel’s fabulous drawings. Paul was lucky enough to observe Mars with the 24 inch Clark Refractor at the Lowell Observatory which gave him the added advantage of being 20 degrees closer to the equator than observers in the UK. In this drawing, not only does Mars show delightful detail, but Paul succeeded in the challenge of visually observing both Phobos and Demos. 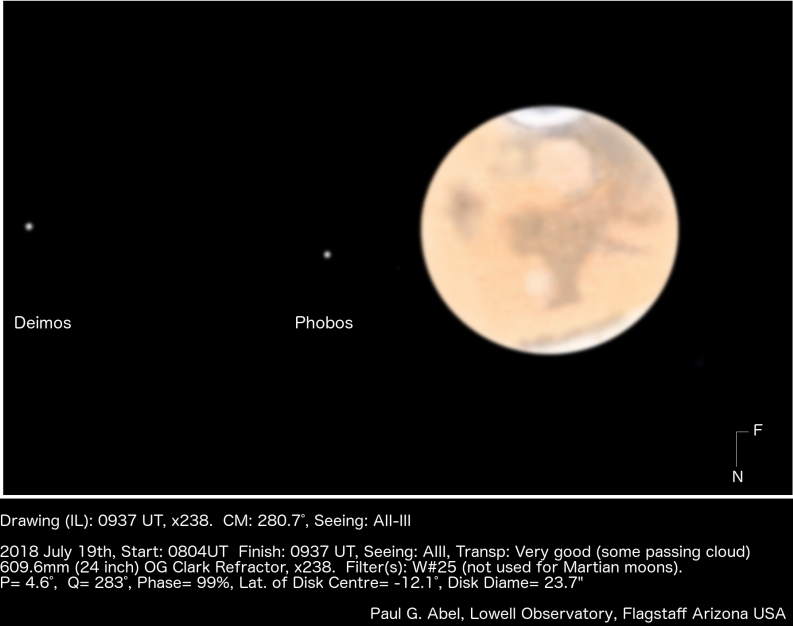 Nick Hewitt came up with the unusual challenge of observing three dark nebulae. These are cold and relatively dense clouds of gas and dust that block the light from more distant stars, making them appear as dark holes against the faint background of stars.

Peter Carson obtained this clear and beautiful image of “Barnard’s E” (Barnards 142 and 143) using a Canon 60Da from the dark skies of the Kelling Heath Autumn Equinox Star Party. 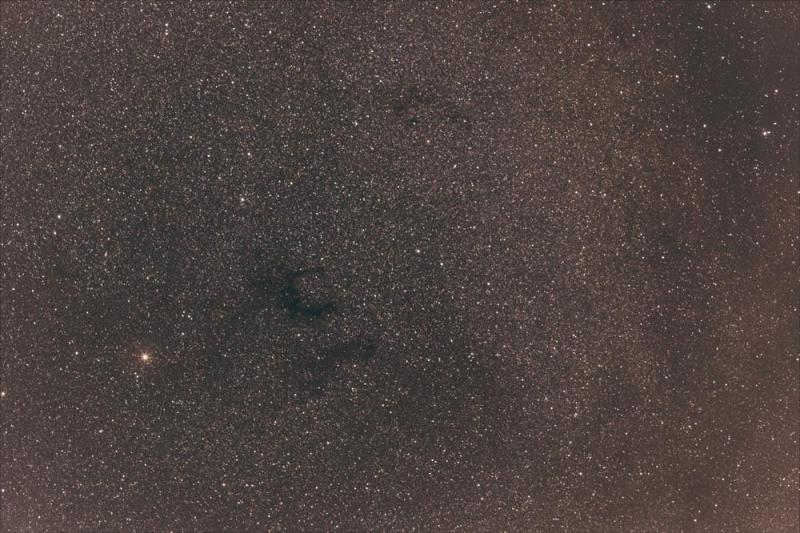 While Ray Emery just managed to capture the Seahorse Nebula (Barnard 150) using a Canon 6D with 50 minutes of exposures between the sky darkening and the Moon rising. He had to push his image processing to the extreme for this dark nebula to appear out of the background. 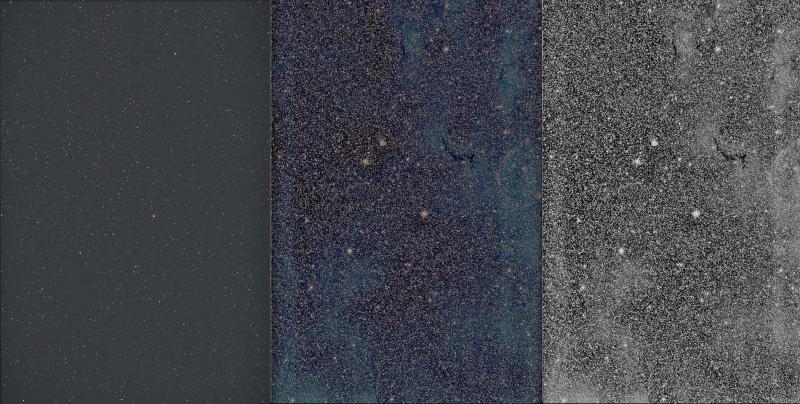 James Dawson chose the constellation of Pegasus as the final challenge of 2018. This large and easy to locate constellation has targets for those who are new to astronomy as well as serious challenges for advanced imagers and visual observers.

Matthew Small obtained this beautiful image of the ancient globular cluster M15 using a 60mm refractor. He succeeded in resolving the brighter stars to the core, with the background glow from the many thousands of unresolved stars in this cluster. 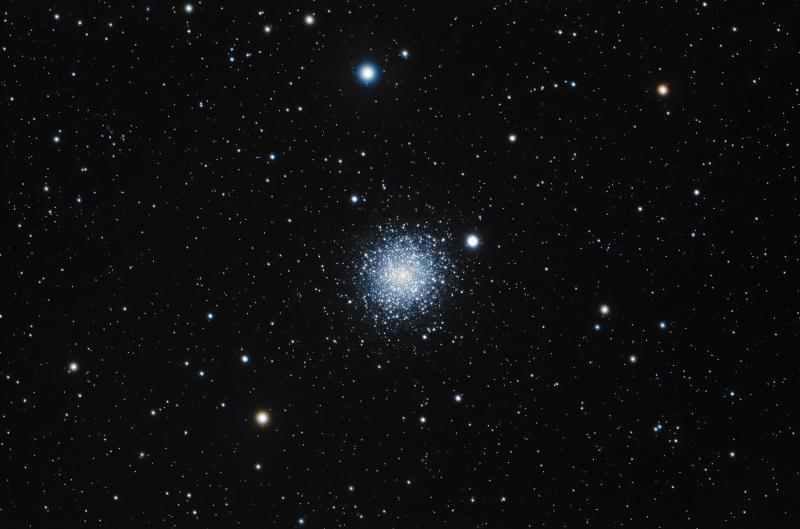 Keep watch on the BAA website for the Observer’s Challenges in 2019!