As one of the BAA’s observing sections, we aim to cover all aspects of those smaller Solar System objects termed asteroids, minor planets, dwarf planets, Centaurs, trans-Neptunian objects, Plutinos, near-Earth objects, plus more recently Exoplanets. Much of the Section’s activities will be observation based, so this includes CCD/webcam imaging, astrometry, photometry, occultation monitoring and visual telescopic observation. However there are lots of other areas where you can participate as a Section Member such as those relating to the impact hazard, orbital motion, history of discovery and observation, evolution of the Solar System and spacecraft missions to such bodies to name a few.

That time has come when the nights are pulling in (for northern hemisphere observers!) and when we can usefully observe astronomical objects in a dark sky during an evening. I have prepared a target list of asteroids that I encourage you to image either using an unfiltered CCD camera, or one fitted with a Sloan r’, Cousins R, or Johnson V photometric filter. It’s your choice! The idea is to measure the magnitudes of each object with high accuracy. I can do the analyses if you wish – others out there do their own.

Listed below are the targets alongside their dates when they come to opposition. They are a mixture of objects – some are listed as part of our low phase angle studies, where we have a special interest in objects belonging to the Themis family of outer main-belt asteroids. Others have very slow rotation rates and we are making a study of these since they are a rather neglected class. Finally there are a few for which no accurate rotation period has been successfully determined – sometimes this is because they are relatively spherical in shape and so their lightcurve has a low amplitude:

I look forward to receiving your observations.

N.B. I shall post results from observers as and when they are available.

Here are Mary’s observations in which she has combined images taken at six epochs between 2021 March 8 and March 21: 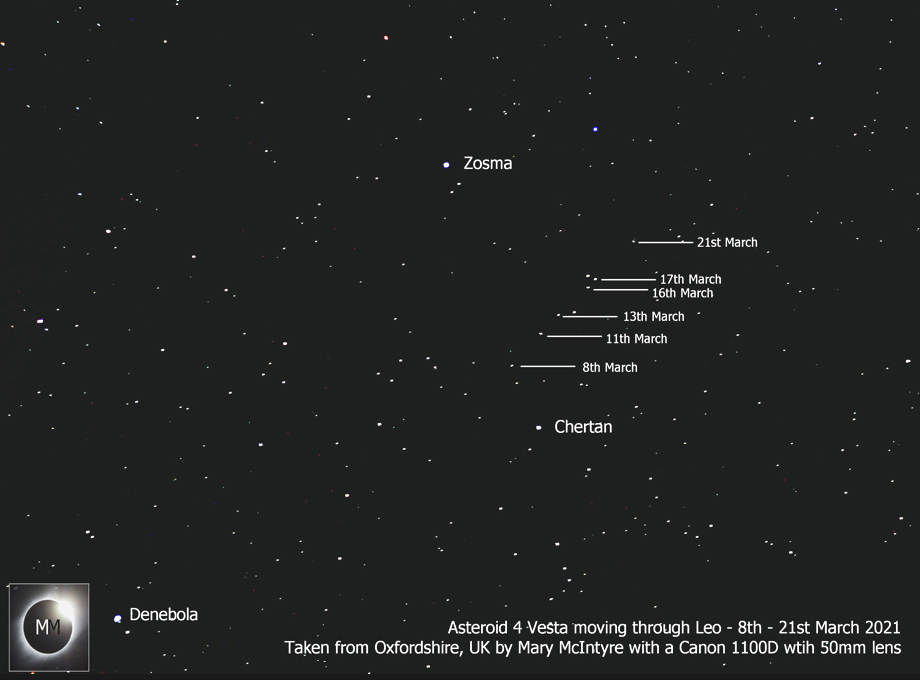 Chris’s visual observation of this object was made when Vesta’s disk subtended a mere 0.53 arcseconds: 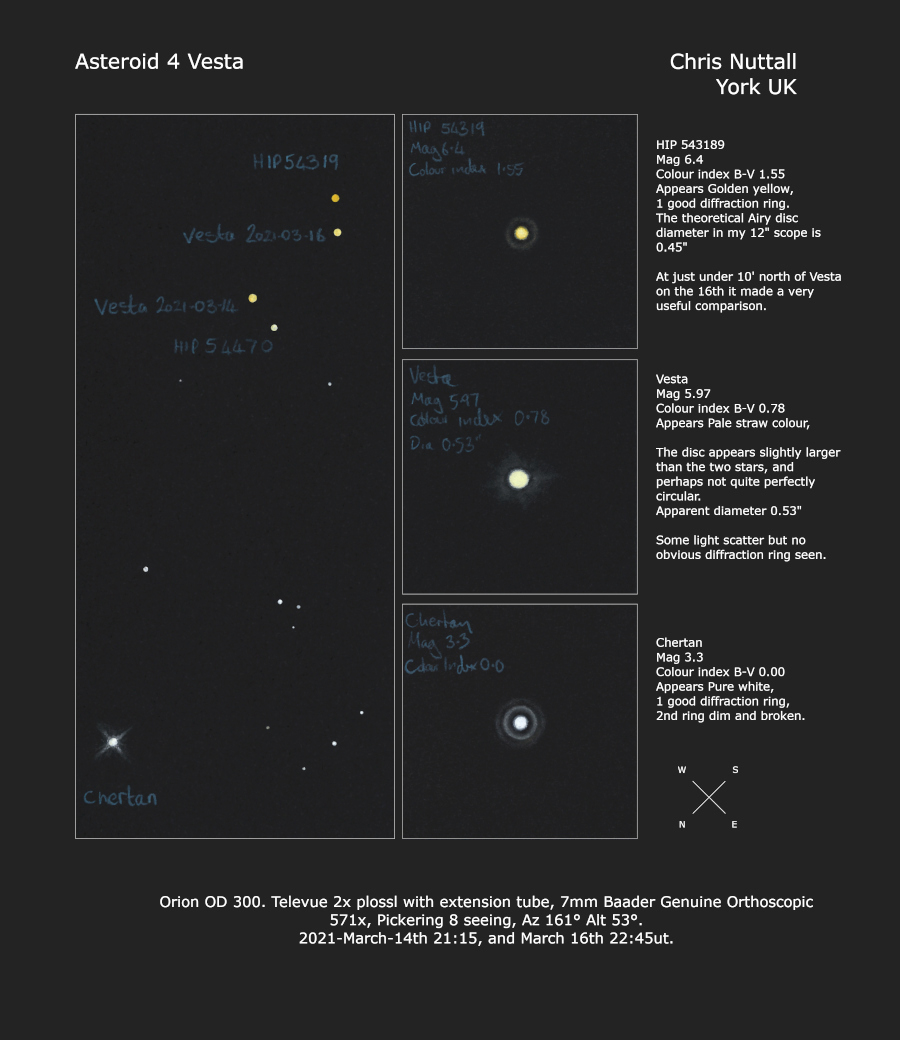 It is interesting to see how the two compare. More observations welcome.